My Top 3 songs of all time from the World Cup 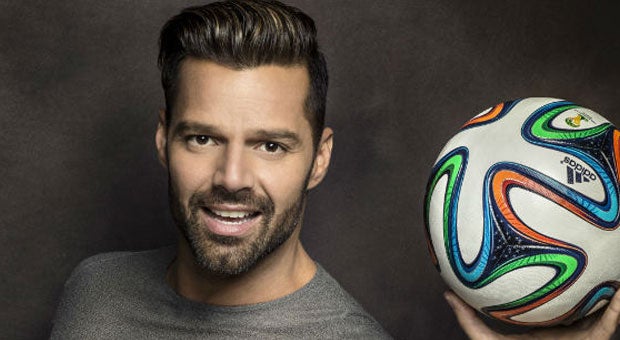 With excitement about the 2014 World Cup still at fever pitch, it is not only the memorable moments and heart-stopping surprises that are in store for football fans to take home who come from around the world. What lingers on also with them and for everyone else who hears it is the music which provides the “soundtrack” for the highlights of each game.

And I have my own favorite Top 3 songs–which I list below–that have been used for the World Cup throughout its celebrated history.

1) “The Cup of Life” by Ricky Martin — For me, there is no other official World Cup anthem to this  day that truly captures the festive nature and a feeling of exuberance in the air that the World Cup brings to people of all races as the “The Cup of Life” has accomplished.

Other than “The Cup of Life” being the worldwide chart-topping hit that successfully introduced Ricky Martin as a major player in the music industry, this very song was also the precursor to the “Latin Invasion” that would soon follow after its release in 1998.

It is likewise worth noting that Ricky Martin’s live performance of “The Cup of Life” in the 41st Grammy Awards  is still considered to this very day as one of the best performances in Grammy’s history.

This is a testament to the “power” behind this said song and the reason it is strongly brought back to memory and fondly recalled, especially during the World Cup.

All in all, the song  “The Cup of Life” was more than just the official theme song for the 1994 World Cup but that it would become the unofficial “measuring stick” as to how a World Cup theme song should be like.

2) “Waka Waka” by Shakira — This song’s massive popularity was only matched by the negative criticism it also received.

Why? In 2010, South Africa became the host country for the World Cup and naturally, because of that, many believed its theme song should come from a South African artist. This international football tournament would have been one of those very rare and once in a lifetime opportunities that don’t come around often for any of its relatively unknown artists to get worldwide exposure.

Instead, the hip-swiveling, entertaining, and highly spirited Shakira was the one chosen to provide the official anthem for the 2010 World Cup.

Not a bad choice really because  “Waka Waka” by Shakira–controversy and some negative criticism aside–is one of the more energetic and fun World Cup theme songs ever. Plus, you got the music video paying homage to some of the most memorable moments in World Cup history.

That’s why this said song reaches the Number 2 spot on my list.

3) “Anthem” by Vangelis — The word “epic” came to mind when I first heard this grandiose song that truly captures the significance of grinding preparations for each host country for the World Cup that has come and gone over the decades.

Vangelis, whose name should be familiar to fans of New Age music, is one of the most brilliant composers of his time.  When he was chosen to provide the theme song for the 2002 World Cup, what he created was one that received universal critical acclaim.

“Anthem” is a majestic piece of music that is brimming with sophisticated creativity.