Gary Valenciano on Nora Aunor and the morality issue 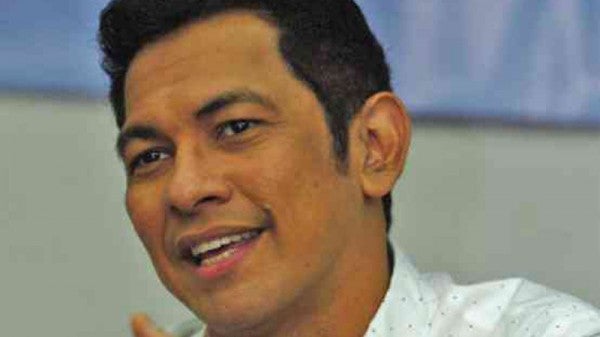 “Everyone will fall short at some point in their lives, but not everyone is blessed with the talent that Nora Aunor has,” singer Gary Valenciano said of the multi-awarded actress, who was excluded from the latest batch of national artists because of her alleged history of drug use.

Valenciano noted that, unlike other artists, Aunor led a very public life as a celebrity, which may have become a setback. “The thing with Ate Guy is that her personal life is so open, everything about her is sensationalized,” the singer told a group of reporters at a press con for his coming concert, “Arise: Gary V 3.0,” set Aug. 2 at the SM Mall of Asia Arena.

“Has anyone looked into the personal lives of all others who have been declared [national artists]?” he asked. “If all their lives were sensationalized like Ate Guy’s, probably no one would qualify for that distinction. Because it would be like, you’re asking people to be perfect.”

On Tuesday, July 1—a day after Aunor broke her silence on the controversy—President Aquino admitted that a prior drug-related arrest was, indeed, the reason that he dropped the multi-awarded actress’ name from the list. Aunor was nabbed in 2005 at Los Angeles International Airport for alleged possession of drug paraphernalia.

Defending Aunor doesn’t mean condoning the mistakes she committed in the past, Valenciano stressed. “Ate Guy knows that. She’s not dumb—she acknowledges her faults, as much as she does the things she did right,” he said.

Valenciano urged people to see beyond Aunor’s perceived transgressions. “People look back to the time when Ate Guy made some mistakes. But look further back—grabe ang nagawa niya [for the industry]! Then she got out of that hole and continued [to reap honors for the country].”

More than anything, Valenciano said, the issue has raised questions on what it really takes to become a national artist. “Does your personal life have to be immaculate? If an artist has an alcohol problem, does that disqualify him, regardless of how great his works are?”

He continued: “Do we get someone whose works didn’t make as much impact as Nora’s, but has a spotless personal record?”

Valenciano insisted that artists be judged primarily for their output. “When you look at Napoleon Abueva’s (National Artist for Visual Arts) works,” he said, “you don’t admire them, and then go, ‘Oh, but wait, let me check his record.’”

He concluded: “In that case, perhaps what we’re looking for is not a national artist, but a national role model. Everyone tries his or her best to lead a good life. But not everyone has a gift like Nora Aunor’s.”