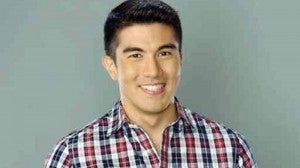 Manzano is the son of the senator’s wife, Batangas Governor Vilma Santos with her former husband, actor Edu Manzano.

While there have been discussions about Luis’ possible foray into politics, Recto said: “It doesn’t mean he’s (Luis) running.”

(I think for Luis right now, and based on what we have been talking about, it is more important for him to get married, build a family, so that V can finally have a grandchild, and she can become a grandmother.)

Asked if the marriage should come first before politics, the senator said:  “I think more important for Luis is that he has his own family bago ang politika (before politics)…”

Luis is currently in a relationship with actress Angel Locsin, who the senator approves of for his stepson.

Asked again if he likes Locsin for Luis, the senator was quick to say “syempre (of course).”

Why Lucky has not bought an engagement ring for Ange