Why Lucky has not bought an engagement ring for Angel 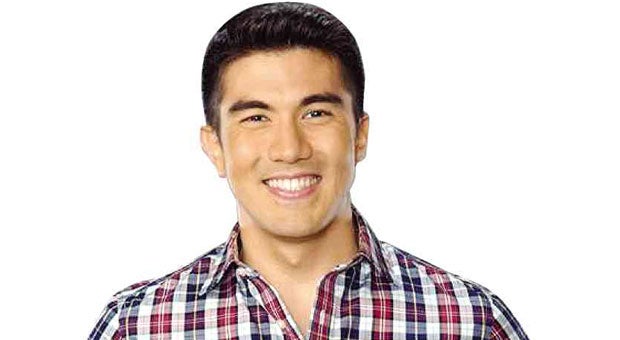 LUIS Manzano thinks he is more expressive than his GF.

Luis Manzano, who dated Jennylyn Mercado for two years before “rekindling old flame” with Angel Locsin, is aware of negative reactions to what happened. In fact, he told the Inquirer recently,  “Some people thought there was connivance with our respective partners.”

He and Angel are “thankful to those who believed our [reconciliation] was really by chance, by destiny,” Luis said.

Angel had been separated from football star Phil Younghusband for only two months when she announced that she was back with Luis. Neither of them discussed why they left their previous relationships.

“Angel and I avoided each other for three years. There were occasions when we had adjacent dressing rooms at ABS-CBN, but we never said hello. When we spoke again, everything was pleasant,” Luis told reporters during the launch of Sensodyne’s “No to Pangingilo” campaign, of which he is a spokesperson.

Many of his show biz friends are engaged or tying the knot next year, the 32-year-old TV host-actor noted, but he isn’t going the same route anytime soon. “I want to make a little more money, to give my future family a good life,” Luis said. “With my current income, that would probably take three to five more years.”

He has laid out the scenario for his marriage proposal, though. “I can’t give details,” he said, and no, he hasn’t bought a ring.

“I was surprised at the cost. All this time I thought P1 million was far out. And then I find out there are rings that cost up to P2 million, even P3 million!”

If he got Angel such a ring, Luis said, “We’d get married in an adoration chapel, para [bawas] gastos.”

Seriously, they have not discussed where. “There’s that sense of lawfulness and legitimacy when you’re married inside a church. On the other hand, there’s beauty in doing it outdoors, the way my friends Iya (Villania) and Drew (Arellano) did it,” he said.

He’s not ashamed to admit he’s a hopeless romantic. “I was more romantic and expressive than Angel in the first part of our relationship,” Luis revealed. “Ngayon, humahabol na siya (she’s catching up).”

To illustrate: “She’s the type who hardly holds her cell phone. Now, she sends me text messages as soon as she wakes up or when she gets home. She makes effort to tell me how her day went. It’s these small things that really count for me.”

Luis recounted Angel’s most recent meeting with his mom, Batangas Gov. Vilma Santos. “My mom said something like, ‘Welcome back to your home.’ I just sat back and watched them. I didn’t want to intrude; it looked like they were making up for lost time.”

He hopes to have as close a relationship with the actress’ dad, Angel Colmenares. “Things between us look great, but I don’t want to speak on Tito’s behalf,” Luis said.