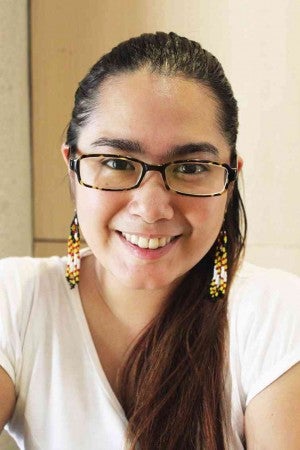 We have watched Ida Anita del Mundo grow, from a little girl playing the violin to a young lady who is directing her first feature, “K’na, the Dreamweaver,” for the New Breed category of the 10th Cinemalaya fest.

Pursuing filmmaking is a leap of faith for Ida, who confesses, “I wrote the script without thinking of directing it. During Cinemalaya’s final interview, the committee persuaded me to direct it myself.”

Her doting dad, Doy, gave her a crash course in directing before shooting began in South Cotabato. She shares, “We try to keep out of each other’s business, that’s why I’m more into music and literature, while he’s into films—then, this happens (laughs).

How was her father as a producer? She discloses, “We had a lot of creative differences. Our styles are very different. My dad is very urban, but my dialogue is poetic. Meron syang ideas na ayoko. Hinihiwalay namin ‘yung father-daughter aspect sa producer-director relationship namin. He’s very excited about some scenes in the film.”

She got ace cinematographer Lee Briones to help her realize her vision. She explains, “It was good to work with the people I look up to, like my dad and Ate Lee, who’s very open to my directorial choices. She guides me but gives me a lot of freedom, which is important for first-time directors.”

“K’na” is about the weaving tradition of the T’bolis and stars Mara Lopez, Alex Medina, RK Bagatsing, Bembol Roco and Noni Buencamino.