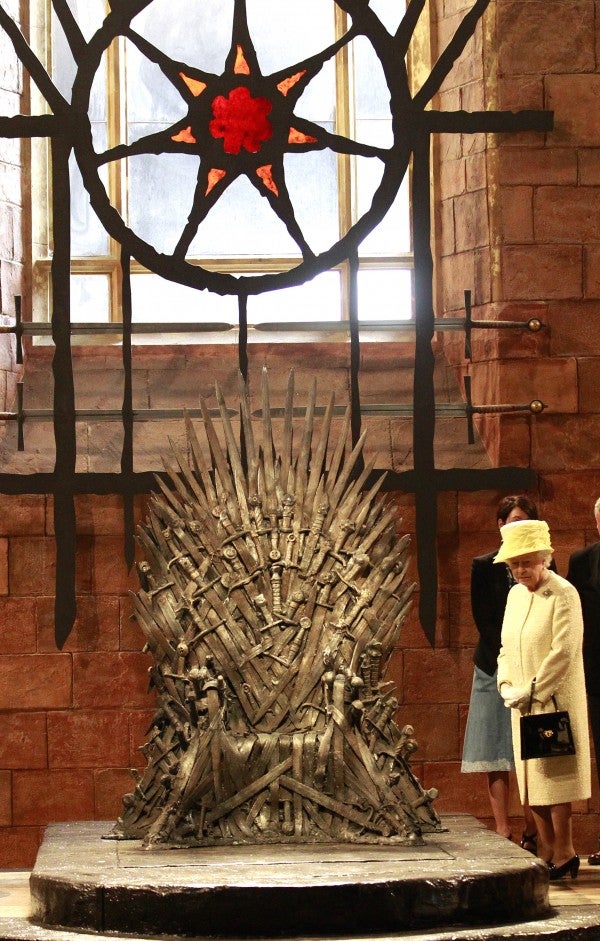 The United Kingdom’s 88-year-old monarch toured the Belfast sets of the hit HBO series “Game of Thrones” and met many of its stars Tuesday beside the show’s sword-covered seat of power, the Iron Throne.

Unlike many visitors to Belfast’s Titanic Studios, the monarch declined to take a seat on the throne created for the ruler of the mythical Seven Kingdoms.

“Game of Thrones” creators David Benioff and Dan Weiss escorted the monarch through the show’s custom-made armory, hangars of costumes, and sprawling sets used to shoot the program’s interior scenes and perilous ice-cliff ascents — part of the biggest TV production ever mounted in Europe.