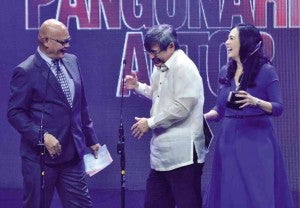 News Flash! Gawad Urian Best Actor Joel Torre will not be accepting acting jobs for an indefinite period of time.

“I’m going on a sabbatical from acting. I will take on a project only when my hunger and passion for it returns. I’m tired, having worked on one project after another,” Torre said shortly after he bagged the acting trophy for Erik Matti’s action-thriller, “On the Job” at the 37th Gawad Urian ceremony on Tuesday night.

Torre acted in eight films in 2012 alone. The following year, he did “On the Job” plus three other indie movies, and starred in ABS-CBN’s top-rating series, “Honesto.” He will be seen in August in Jun Urbano’s fantasy-adventure film “Ibong Adarna: The Pinoy Adventure.”

This third Urian win is humbling, he said. “It made me realize how hard it is to get one—I won my last 12 years ago.” His first was a 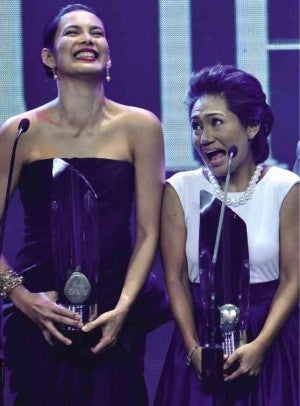 Best Supporting Actor award for “Bayaning Third World” in 2001; his second, Best Actor for “Batang West Side” in 2002.

“This year, I read the list of nominees and noted that many were young actors. They all deserved to win,” Torre said.

He’d like to direct a movie in the future, he said. “I’d like to tell the story of a dysfunctional family, and how it recovers from the dysfunction caused by drug abuse.” 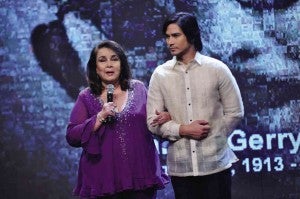 AMALIA Fuentes, escorted by Piolo Pascual, was the night’s showstopper.

She told the Inquirer, “When I first heard I was nominated, I was like, ‘Really?’ How could I win against Nora Aunor (‘Ang Kwento 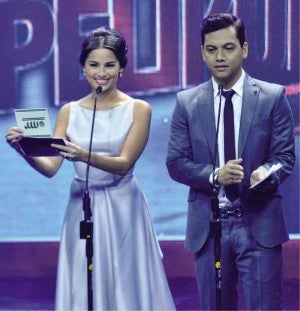 This, Bayani said, was why she fumbled in her thank-you’s.  “If I had my wits about me, I would have thanked everyone, especially my colleagues in theater and my teachers.”

She rued that, while director Lav Diaz and “Norte” are recognized abroad, only a select few know of the movie and appreciate it locally. “With this win, at least I’m sure more people will ask about Lav, about independent films and about actresses like myself.”

Asked if she thought her victory would jack up her talent fee, Bayani said: “More than the talent fee, I’m concerned with the quality of roles I will get to play from now on. I’d like to help create more meaningful movies like ‘Norte.’” 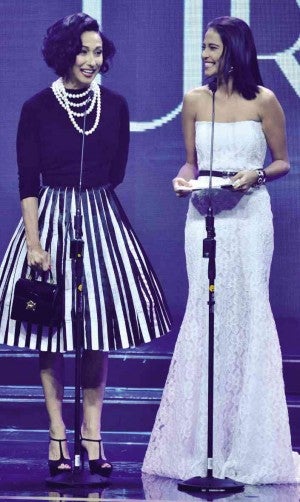 Some of the local music industry’s best acts like Cooky Chua, Bayang Barrios and Lolita Carbon, took the stage, as did stars from the hit talent show “The Voice of the Philippines”—Janice, Morisette, Klarisse and Radha.

The 37th Gawad Urian was copresented by Cinema One and the Film Development Council of the Philippines. Encores of the awards show program 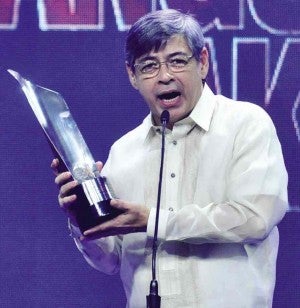