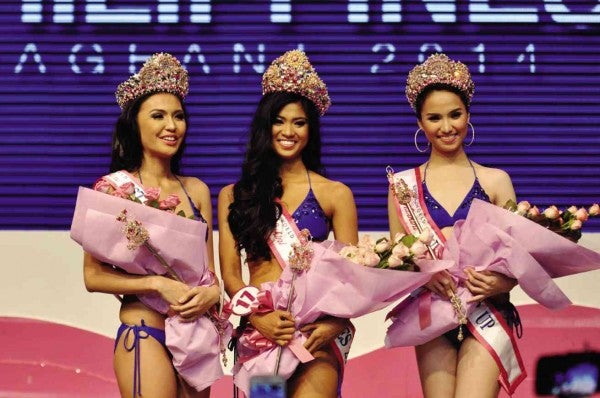 A gymnast put her athletic prowess to good use at the recent Miss Bikini Philippines pageant, winning the title as well as the important “Best in Creative Posing” prize.

An earlier statement said SWI was responsible for choosing the Philippines’ representative not only to the Miss Bikini International contest, but also to the Miss Tourism Queen International this year, which was previously associated with the Binibining Pilipinas pageant.

The organization did not mention if Ortiz would be sent to both pageants, or if Lubina would get the chance to represent the Philippines in a global competition.

A teary-eyed Lubina crowned her successor Ortiz at the end of the glitzy ceremony. During her farewell walk, Lubina said being Miss Bikini Philippines gave her unexpected opportunities.

She thanked the people who helped her provide supplies to her high school in Narra, Palawan, as well as those who opened the doors for her in the modeling industry.

Ortiz hugged Lubina as she received her crown. Miss Bikini is Ortiz’s first national title. She was Miss JRU (Jose Rizal University) in 2013 and later represented her school in the Miss NCAA (National Collegiate Athletic Association) pageant where she placed second and was Best in Sports Wear and People’s Choice.

Ortiz, a Business Administration student, made jaws drop when she told pageant host Paolo Bediones she liked lechon. Though her 23-inch waistline suggested a strict food regimen, she declared, “I don’t do diets. I eat regular meals. Eating properly results in a fit and healthy body.”

During the final round of the interview portion, judge Steven Riley of Resorts World Manila asked how social media affected women of this generation. 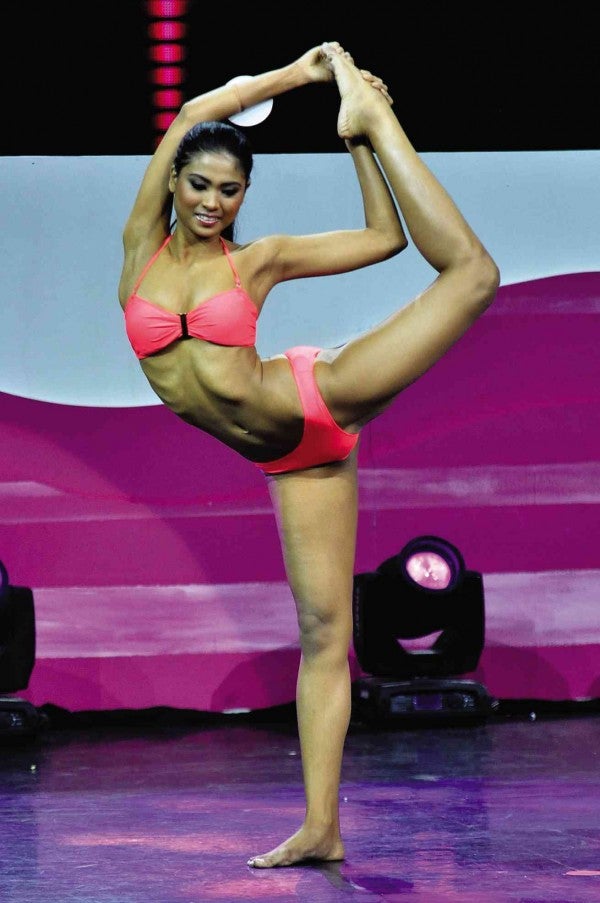 Ortiz replied, “We all know social media is a powerful thing. It is a way to express and deliver information like proper food intake and keeping yourself healthy.”

The pageant seeks a spokesperson for SWI’s advocacy of health and fitness.

Ortiz’s edge over the others became evident early on during the “creative posing” competition, which accounted for 30 percent of the overall score.

Her routine featured heart-stopping stunts like splits, twists and turns.

Her display of athleticism stole the thunder from heavy favorite Diana Mackey, who bagged the lion’s share of special awards.

Although Mackey was proclaimed Miss Kontur, Miss Internet, Most Popular and Best in Long Gown, she did not go past the semifinals.

As the 2014 Miss Bikini Philippines, Ortiz, who also took the Best in National Costume prize, won over P300,000 in cash and other prizes.

Miss Photogenic Jessica Arqueza, who was second overall, received over P200,000 in cash and kind, while third placer Roshiel Asingua had a prize package worth over P100,000.

The 2014 Miss Bikini Philippines coronation night will be aired tonight, 10:45, on TV5.

The Philippine Daily Inquirer is a media partner of the competition.