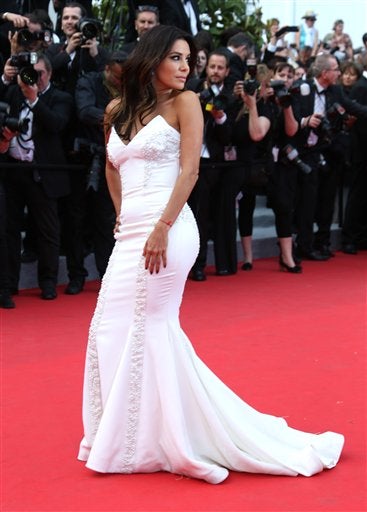 Eva Longoria arrives for the screening of Saint-Laurent at the 67th international film festival, Cannes, southern France, Saturday, May 17, 2014. AP

CANNES, France — America has seen its first black president and Eva Longoria has high hopes that the country’s first Latino president won’t be far behind.

“With the demographic changes in the United States, there’s definitely, inevitably going to be a Latino president,” the actress said.

Returning to the French Riviera for her ninth Cannes as L’Oreal ambassador, Longoria spoke about her hopes to promote future leaders from the Latino community through her newly launched Latino Victory Project.

In a Saturday interview, Longoria said it looks for people “promoting a pro-Latino agenda, pro-immigration, pro-education reform, pro-health care” and candidates who are “fighting the fight right now in our politics.”

And talking further on the hot topic of U.S. immigration reform, the Democrat says she hopes to see some positive action soon: “It’s been blocked by a certain few people in the government and I’m hoping we can continue to push it through before the next election.” Congressional elections are in the fall.

Since the end of “Desperate Housewives,” Longoria has been on been the other side of the camera as the executive producer on the Latina comedy-drama TV series “Devious Maids” and the documentary “Food Chains,” highlighting the plight of exploited farm laborers.

She says it’s important for her to “represent the right things in television or in film.”

“You know I’ve been really lucky to have choices and I don’t really want to work unless the work is important or something I want to do, or something fun and exciting,” she said.