No longer a contender, but potentially still a winner 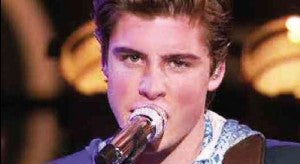 SAM WOOLF won the “American Idol” judges’ precious save this year, to the amazement of many viewers.american idol.com

Some weeks ago, the judges on “American Idol” surprised many of the singing tilt’s viewers when they opted to use their lone “save” vote for the entire finals round to keep Sam Woolf from being eliminated. Before that, they had allowed better singers to bite the dust unaided, but they chose to favor Sam with their all-important support, enabling him to stay “alive” in the competition.

Why they had gifted the good-looking teenager with their priceless “save” vote bothered many. Was it only because he was so teen-idol handsome? It would have been a slap in the judges’ faces, had he been voted out again the following week.

But, no, the obviously still nervous, insecure young man managed to hold on for some more weeks! And, in the process, he became more confident, pushed his limits, learned to feel rather than just look good, etc.

When he finally did exit from the show, it was down to its Final Five—not bad for a raw talent who initially didn’t have a clue about what surviving through the finals entailed!

As we see it, this was what the judges intended to happen when they “wasted” (as some people saw it) their “save” on him. Yes, he was handsome, but that wasn’t all they saw.

Despite his rawness, they sensed that he had “incipient” stellar appeal and charisma— which doesn’t automatically come with good looks! They saw that this emerging combination, if strengthened further, could make him one of “American Idol’s” real star discoveries.

As each week passed, Sam gained more fans, no longer just of the tween and teen sort—so, even if he’s no longer a contender on the show, he could still end up as one of its genuine winners. Hey, this season’s “AI” jurors really know what they’re doing, huh? Take a well-deserved bow, Jennifer Lopez, Keith Urban and Harry Connick Jr.

Even so, we’re not that sure about the jurors’ good judgment in relation to some of the current season’s other finalists. Yes, they’re all outstanding singers, but too many of them are plump, formless, or deficient in stellar charisma.

True, some of that can be developed, but when the finalist looks too unprepossessing, prospects of popular stardom are decidedly iffy.

It will be both interesting and instructive to see which other finalists this season will in fact emerge as viable singing stars next year.

Theoretically, anybody with exceptional talent can become an entertainment luminary. Take Paul Potts, the “everyman” tenor discovered on another singing tilt, “Britain’s Got Talent”—he’s gone on to enjoy a successful recording and performing career. But, “unexpected” stars like him are the exceptions that prove the rule.

Look at the situation from the other end: “American Idol’s” most successful discoveries are led by its most abiding star-graduates paced by Carrie Underwood, Kelly Clarkson, Jennifer Hudson, Jordin Sparks, Chris Daughtry and Katharine McPhee. Their abundant stellar charisma and appeal have enabled them to conquer not just the world of music, but TV and the movies as well!