No ‘dramatic’ distractions for Harry Gasser 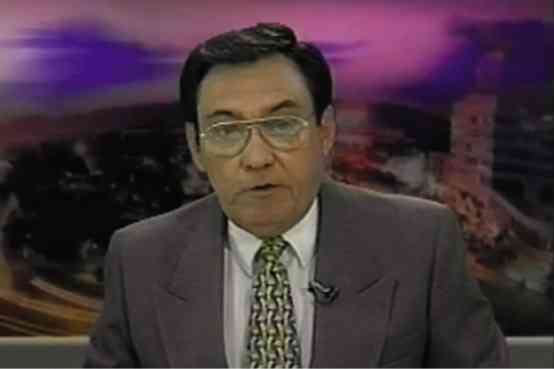 GASSER. Clarity and objectivity above all else.

We join veteran broadcast people in mourning the recent demise of veteran news anchor Harry Gasser. Like them, we celebrate his good work as a broadcaster who valued clarity and objectivity above all else, and scrupulously refused to go for extra “drama” and other “exciting” distractions in his reports.

In addition, we’d like to share that we knew Harry better than some, because we directed him on TV—not in a newscast, but in a show about the dramatic arts (of all things), on IBC 13, way back in the ’70s. Therein lies an interesting tale:

Some years before that, Radio Mindanao Network (RMN)  head Henry Canoy and other Rotarians in Cagayan de Oro City tapped us to be their club’s candidate in the national competition for the young Filipino who would represent all local Rotary Clubs as the then lone Philippine Rotary district’s recipient of the Rotary International Fellowship for Friendship and International Understanding.

The competition was supposed to be a big deal, since a previous winner was none other than Roman Cruz Jr., who had gone on to great successes in business and government. In any case, the finals were held in Manila and yours truly won the fellowship, so we took our MA in Radio-TV-Film on full scholarship at Northwestern University in Evanston, Illinois, USA—which coincidentally turned out to be the headquarters of Rotary International!

Our Rotary speaking assignments and graduate studies kept us very busy, indeed, but we did get our MA and hurried back home to teach at UP. When Henry learned that we were back, he got in touch and informed us that RMN was now running IBC 13, and that he wanted us to direct shows for him right away!

He tapped us to direct four of them, each featuring a rising star on the then fledgling TV firmament—Harry Gasser on local dramatic presentations, Jose Mari Velez on current issues, Joey Lardizabal hosting a freewheeling talk show, and Joe Cantada on sports.

Each of those promising comers became very successful in the years and decades to come, and we were very glad that we were able to direct and perhaps mentor them when they were just starting. (Sadly, aside from Harry, all of those estimable talents died relatively young.)

Harry was able to survive his IBC 13 colleagues and contemporaries for many years, and we got to know him personally. Once in a while, he would invite us to his home, where we met and also became friends with his beloved wife, Flora, who was a delightful character—and character actress—in her own right.

Later, we heard that Harry had retired, and one of the businesses he put up involved a cargo and passenger ship that plied the short route between Cagayan de Oro City and the island-province of Camiguin.

We share these nostalgic reflections and recollections in memoriam, not just of Harry on his recent passing, but also of Joey, Mari and Joe. They all made their unique mark on Philippine television and its viewers—and will definitely not be forgotten!