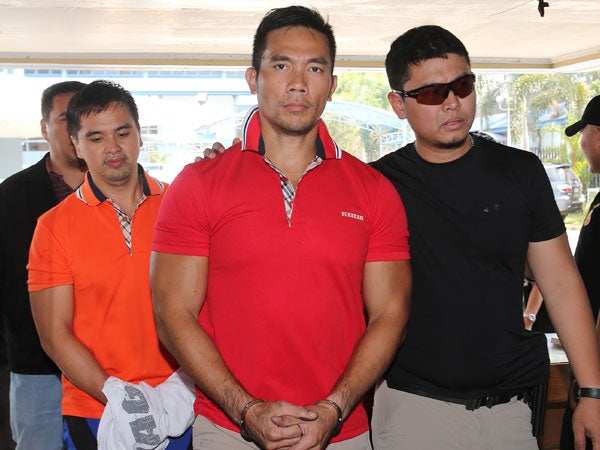 MANILA, Philippines — Cedric Lee and his friend Simeon Palma, also known as Zimmer Raz, were taken directly to the National Bureau of Investigation (NBI) Headquarters in Manila upon their arrival at the Ninoy Aquino International Airport Terminal 3 at around 8 a.m. on Sunday.

NBI authorities took the mugshots and fingerprints of the two who were wearing almost matching polo shirts shortly after they were taken into custody in a detention area inside the NBI facility where they are currently staying.

Cedric Lee, Palma and several others have been charged with serious illegal detention and serious physical injuries for mauling and detaining actor Vhong Navarro whom they had tried to frame for rape and to extort money from.