Tribute to Mr. C: ‘I will just watch and enjoy it’ | Inquirer Entertainment
Close
menu
search

Tribute to Mr. C: ‘I will just watch and enjoy it’ 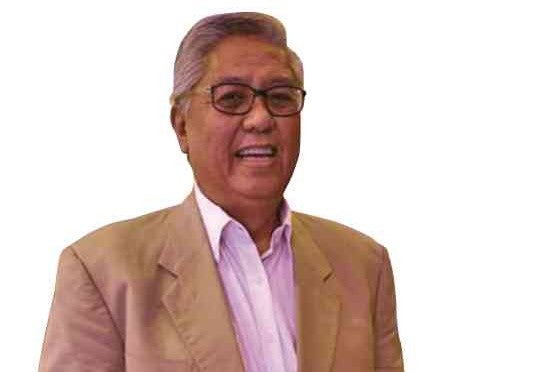 Musician Ryan Cayabyab and I hit it off instantly during the “OPM Fair” in Cebu held last November. I fondly call him “Your Eminence,” because of his Papal Award.

It feels like we’ve been friends for ages. I surprised him and his wife, Emy, by sending a cake to their hotel room in Boracay recently. He thanked me via SMS, calling me “Priestess of Cooldom.” Mr. C could also mean Mr. Charming. The  maestro is so down-to-earth, though he stands on higher ground.

What would OPM (Original Pilipino Music) be without Mr. C? For every moment and memory in our lives, there’s a Cayabyab song.

Let’s pay homage to a true icon of Filipino music as the ABS-CBN Philharmonic Orchestra unveils the first show in its Spotlight Series, “The Music of Ryan Cayabyab,” on May 3, 3 p.m. and 8 p.m. at the Tanghalang Nicanor Abelardo of the Cultural Center of the Philippines. (For tickets: 891-9999.)

Set on the eve of his 60th birthday, the concert showcases the maestro’s best-loved hits, as interpreted by the orchestra, a 60-piece choir and some of the country’s finest performers.

Thank You, Mr. C for changing the world of OPM for the better. And I thank you even more for the gift of friendship. I have become zanier because of you. Happy birthday in advance! The choir of angels must have been singing appassionato the day you were born!

Which one is your favorite work and why?

I have no favorite. They are all my “children.” If I didn’t win the first Metropop with “Kay Ganda ng Ating Musika,” I would have stayed in the groves of academe.

I [never thought] “Kailan” would be my most famous composition. It bumped off “Paraiso” in the first Smokey Mountain album.

As for “Misa 2000”—I had no inkling it would win the Onassis cultural competitions for music and dance.

I didn’t expect the Sarsi campaign (1989) would win Best Jingle in the New York TV and Movie Festival.

And I [still] can’t get over the fact that two songs from the musical “Katy” (“Ang Mundo ay Entablado” and “Minsan ang Minahal ay Ako,” with lyrics by Jose Javier Reyes) would become some kind of anthem for Filipino musical theater artists.

What was a life-changing moment in your career?

Winning the first Metropop in 1978. I told myself that if I didn’t win, I would finish my music degree and teach. Before Metropop, I was an arranger, pianist and music director for various entertainers (Basil Valdez, Celeste Legaspi, Pilita Corrales, Victor Laurel, The Ambivalent Crowd, etc.). It never occurred to me that I would enter the realm of songwriting.

But I realized that, to rise to the next level in the industry, I had to be the originator of a song. Creative musicians, songwriters and composers are more highly regarded in the industry hierarchy.

Any quirks/rituals before a concert?

None, really. When you’ve rehearsed thoroughly and the production is well-planned, everything happens in clockwork precision, plus spontaneous expression. Like athletes, we have to be healthy, in both body and mind, to deliver a satisfying performance. People pay hard-earned money to see you, listen to you. Your part of the deal is to deliver.

What makes a great musician?

A great musician is disciplined, knowledgeable, has great technique and skills. At the same time, he has keen intuition and is very spontaneous during performances.

What makes a song become a hit? Is it the lyrics or the melody?

A good marriage of music and lyrics, a satisfying end to a premise, good sound production and, of course, the right singer.

I don’t know, either, but I suspect I had ADHD (Attention Deficit Hyperactivity Disorder) as a kid… not that I craved attention, but there were details that I sometimes didn’t recognize. Of course, I have improved… but it sometimes resurfaces. Or maybe I am becoming deaf?

What’s your personal anthem and why?

“Life is very short and there’s no time for fussin’ and fighting my friend.” From Lennon-McCartney. Self-explanatory. We have to work it out; no one else will.

What can the audience expect from your concert?

It is a tribute concert. Some of the original singers will perform—Basil, Celeste, Mitch Valdes, etc. I will be watching and enjoying it!