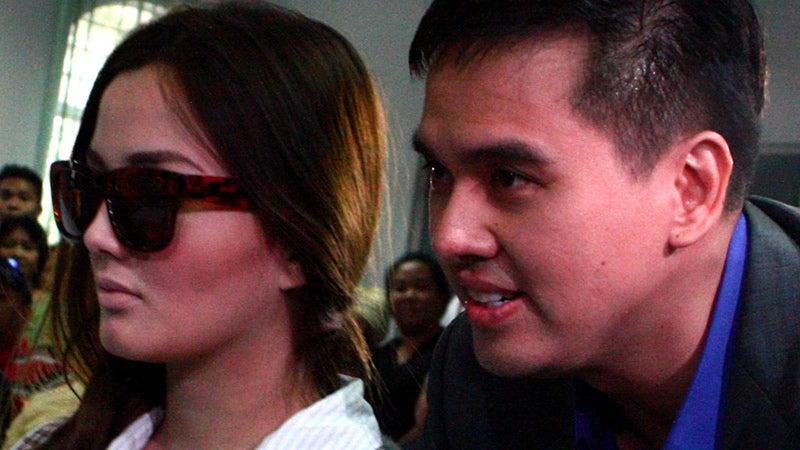 One of the accused in the mauling of TV host-actor Vhong Navarro has turned himself in to the Department of Justice (DOJ) and applied to serve as state witness.

“He’s now being handled by the WPP. This accused will be narrating the entire incident beginning with the planning made by the group, ‘Oplan Bugbog,’ [according to him],” De Lima said.

“He’s prepared to tell all. He’s now being assessed by the WPP,” she added.

Villacorte said the SPD received the arrest warrants shortly after the court issued them.

The court issued no arrest warrants for Bernice Lee and Jose Paolo Gregorio Calma, who were also charged with serious illegal detention in the alleged attack on Navarro in Taguig City in January.

Police also have outstanding warrants for the arrest of the seven accused for grave coercion. The warrants were issued before Holy Week by Judge Bernard Bernal of Taguig Metropolitan Trial Court Branch 74.

Cornejo and Fernandez posted P12,000 bail each for the grave coercion charge on April 16.

But Lee and the four other accused are in deeper trouble, as serious illegal detention is a nonbailable offense.

“We are about to serve the warrants,” Senior Supt. Arthur Felix Asis, Taguig police chief, told the Inquirer by phone.

The SPD, Taguig police and the Criminal Investigation and Detection Group of the Philippine National Police have received the arrest warrants and can serve them any time, Asis said.

But Asis was concerned that arresting officers may not find the accused in their homes.

“According to the information reaching us, the seven could no longer be found in their last declared residences since Holy Week,” Asis said.

Cornejo is known to have an apartment at the Forbeswood Heights Condominium in Fort Bonifacio Global City, Taguig, where the alleged attack on Navarro happened on Jan. 22.

“We are still trying to determine their whereabouts,” Asis said.

Earlier, the accused tried to turn the tables on Navarro, with Cornejo bringing rape charges against the actor in the Department of Justice.

The DOJ, however, dismissed the complaint after finding no probable cause to prosecute Navarro.