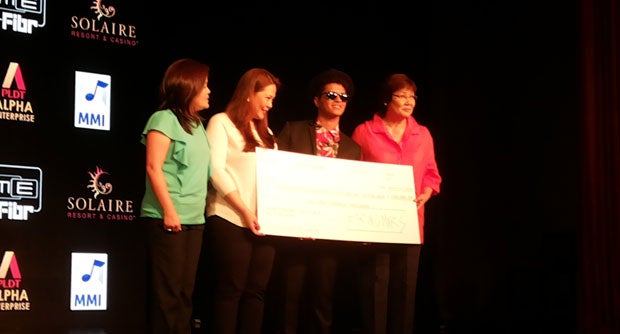 In a press conference held at the Eclipse Lounge of the Solaire Resort and Casino, the “Just the Way You Are” star officially handed over his aid to a local charity foundation that he started supporting in 2011.

According to the foundation, the sum that Mars donated will be dedicated to giving medical assistance to children who have been affected by Yolanda. Part of the proceeds will be used to fund feeding programs, scholarships, and stress debriefing programs for kids that have been greatly affected by the calamity.

The foundation is also looking into enrolling these children in disaster preparedness workshops so they could learn basic survival tips during the onslaught of a natural disaster.

Mars who first visited the children under the care of his supported foundation in April 8, 2011 is set to perform at the Mall of Asia Arena tomorrow, March 22. He will be treating his fans to some of his greatest hits and also to tracks of his latest album, the Unorthodox Jukebox.