Death of Mick Jagger’s girlfriend is ruled a suicide 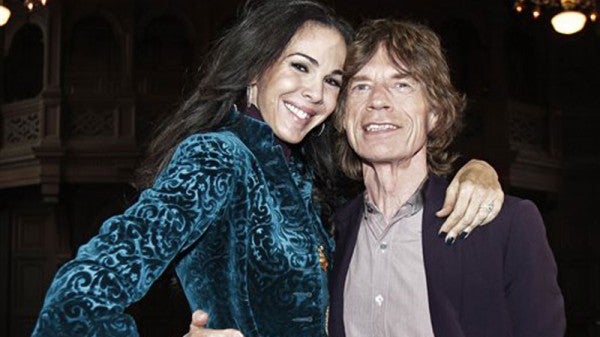 An autopsy completed on the body of 49-year-old Scott found that she died of hanging, according to Julie Bolcer, a spokeswoman for the city medical examiner.

Scott was found dead in her Manhattan apartment Monday morning. Police said her assistant found her kneeling with a scarf wrapped around her neck that had been tied to the handle of a French door. There was no note.

The Stones canceled their seven-date tour of Australia and New Zealand in the wake of Scott’s death. Jagger called Scott his “lover and best friend” in a Facebook tribute and said he was struggling to come to grips with her death.

Jagger’s bandmates voiced their support for him amid a trying time.

Keith Richards said in a statement Wednesday that “no one saw this coming” and that Jagger has “always been my soul brother and we love him.”

“We’re thick as thieves and we’re all feeling for the man,” he added.

Charlie Watts said the band’s priority is the 70-year-old Jagger.

“Needless to say we are all completely shocked but our first thought is to support Mick at this awful time,” he said. “We intend to come back to Australia and New Zealand as soon as it proves possible.”

“This is such terrible news and right now the important thing is that we are all pulling together to offer Mick our support and help him through this sad time,” Wood said. “Without a doubt we intend to be back out on that stage as soon as we can.”

Scott had been Jagger’s companion since 2001. The Rolling Stones frontman paid tribute to his girlfriend Tuesday on his Facebook page writing, “I will never forget her.”

“I am still struggling to understand how my lover and best friend could end her life in this tragic way. We spent many wonderful years together and had made a great life for ourselves. She had great presence and her talent was much admired, not least by me.”

The fashion label founded by Scott had been heavily in debt and was reportedly about to fold.

Former New York Times fashion writer Cathy Horyn said in an essay on the paper’s website that Scott had been planning to announce that she was closing her business.

Scott launched her high-end fashion label in 2006. First lady Michelle Obama, Nicole Kidman and Penelope Cruz were among the big names to wear her designs.

Accounts filed by Scott’s LS Fashion Ltd. in London show the company had liabilities that exceeded assets by 4.24 million euros ($5.9 million) as of Dec. 31, 2012.

The company’s long- and short-term debts totaled 6.75 million euros against assets, capital and reserves of 2.51 million euros, according to the accounts, which were filed in October.

Scott was adopted by a Mormon couple and grew up in small-town Utah. She made her way to Paris after high school where, aided by her 6-foot-3 height (some say 6-foot-4) and striking looks, she found work as a model for some prominent photographers.

But she became more interested in working with clothes than modeling them and eventually made her name as a top stylist in Los Angeles and a costume designer for films including “Ocean’s 13.”