‘Aswang’ swoops down on American TV, grabs No.1 spot 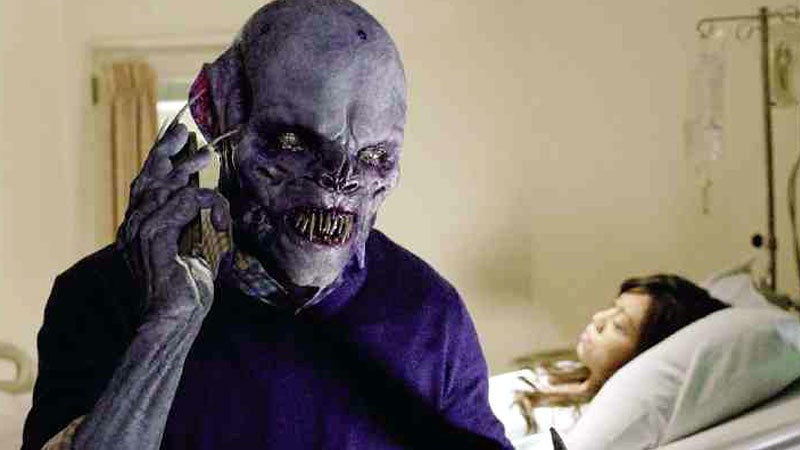 THE ASWANG made its debut on US television last week.

MANILA, Philippines—It has haunted Filipinos of countless generations, and now it has bedevilled American audiences.

Arguably Philippine folklore’s most frightening creature, the “Aswang” has swooped down on American television screens and provided the Filipino-brand of scare, with NBC’s “Grimm” grabbing the no. 1 spot of scripted shows in the US on the evening of March 7.

And no better actor to be in the center of Philippine folklore’s poster “Wesen” than Filipino Reggie Lee.

“Grimm,” a detective-suspense thriller that features humans that turn into mythical creatures called “wesens,” catapulted to the top spot in the TV ratings as the “Aswang”-themed episode titled “Mommy Dearest” captured the hearts of fans that was evident in the social media hysteria.

Netizens expressed their fright and shock after the “Aswang” landed on their fear-laden minds.

Lee, who spent his childhood in Quezon City, hopes that there will be more Philippine-inspired episodes and said that he originally submitted four Filipino creatures of the dark to be cast as “wesens.”

In an interview with Ruben Nepales, INQUIRER’s Entertainment correspondent in Hollywood, Lee said that he suggested the “Aswang,” “Kapre,” “Tikbalang,” and “Duwende.”

“I’m so grateful that that the creators of ‘Grimm’ decided to use my actual heritage to introduce my character to the ‘creature world,’” said Lee who stars as Sargeant Drew Wu. “How often do we have a Filipino storyline in mainstream television?”

In typical Filipino fashion, the “Aswang” snuck in the dark night, let out its long tongue, then preyed on a pregnant Filipina’s fetus’ amniotic fluids but was abruptly ended when the woman slashed the “Aswang’s” tongue with a shattered vase piece.

In a review from Den of Geek, “Aswang” was described as Grimm’s “scariest monster yet.”

“This episode is rooted in Filipino folklore, and the ‘Wesen’ is as horrific as we’re likely to see on the big screen,” Christine Horton said in her review.

In an unsavory twist of fate however, Lee’s character, Sergeant Drew Wu, was sent to a psyche ward after he confronts the “Aswang.”

Hoping for another Filipino monster in ‘Grimm’