Hoping for another Filipino monster in ‘Grimm’ 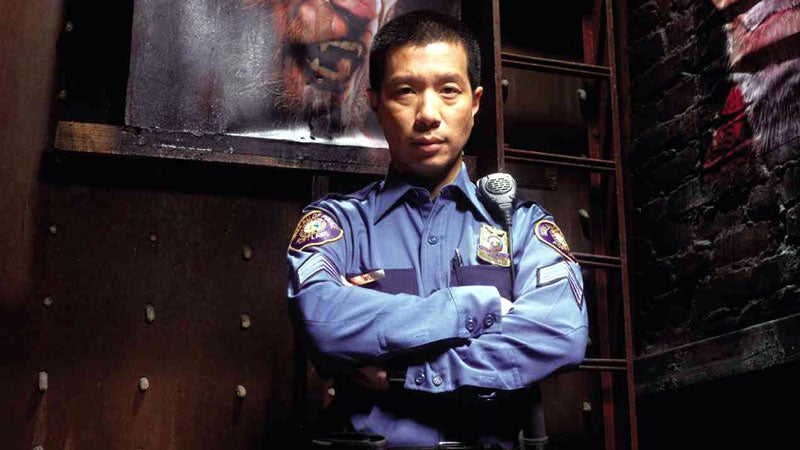 REGGIE Lee says the aswang episode was a “rich emotional experience for my character.”

LOS ANGELES—“I think and hope that that’s a possibility,” Reggie Lee said of the chance that another Filipino monster may creep into NBC’s “Grimm,” where he is a regular cast as Sgt. Wu. The aswang episode of the drama-fantasy-horror series drew high ratings and was the No. 1 scripted show in US television on the evening of March 7.

“How often do we have a Filipino storyline in mainstream television?” Reggie said. 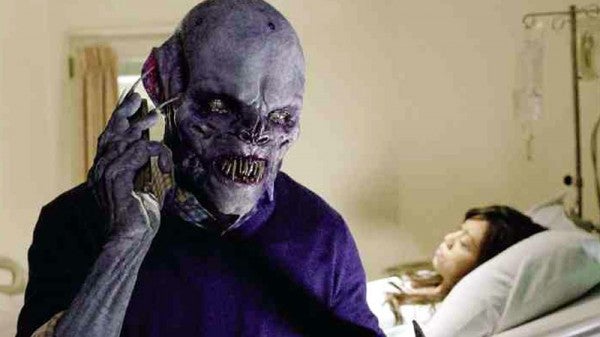 THE ASWANG made its debut on US television last week.

Indeed, “Grimm” deserves to be lauded for pushing diversity in mainstream US TV, casting three Asian actors—Alain Uy, Tess Paras and Freda Foh Shen—in prominent guest roles in that aswang episode, for instance. Not to mention that Reggie’s character was highlighted in the episode titled “Mommy Dearest” that had the show’s avid fans (and they are many) and Sgt. Wu/Reggie followers in a frenzy in the social media.

“I’m so grateful that the creators of ‘Grimm’ decided to use my actual heritage to introduce my character to the ‘creature world,’” remarked the Quezon City native who splits his time between Los Angeles and Portland, Oregon, where the series is shot. “It was probably one of the most fulfilling times I’ve had in my career.”

Below are excerpts of our interview with Reggie, whose film credits include “Drag Me to Hell,” “Here Comes the Boom” (with Charice), “Tropic Thunder” and “The Dark Knight Rises.”

You must have been inspired more than usual to shoot this episode since the story involves Filipino folklore.

I was definitely inspired in more ways than one. The story itself was such a rich emotional experience for my character and it was inspiring that a part of his personality that viewers, especially our die-hard fans, have never seen before, was shown in this episode. On top of that, I always relish filming with Filipinos. There’s an unspoken bond that occurs. We suddenly start speaking to each other in Taglish (Tagalog and English) and it feels like home. And lastly, this story brought me back to my roots. There was such an emotional affinity that was already there because I had heard this folktale all my life.

How cool an experience was it for you to actually say and hear Tagalog words like aswang in a mainstream US TV series like “Grimm”?

Not only that, but actually getting to speak Tagalog. When I first went to the States, I remember that all I wanted to do was speak all these slang American words and fit in. Now, as I get older, all I want to do is remember my first language and be able to speak it fluently. I try all the time now to only speak to my parents in Tagalog. And on top of that, we got to do it for mainstream American television. I give complete kudos to our showrunners David Greenwalt and Jim Kouf, and to the writer of this particular episode, Brenna Kouf, for having no borders in their imagination about the scope of this show. I’m incredibly proud and grateful. 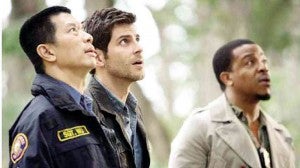 I understand that the showrunners/executive producers asked you about Filipino folktales and that you suggested three, including the aswang. What were the writer’s additional information sources about the aswang?

Looking back on it, I actually suggested four. The other three were kapre, tikbalang and duwende. All credit goes to Brenna Kouf, who did all of the research and she came up with the story. I gave her the basic story idea and from there, she ran with it and came up with an amazing script that is remarkably accurate.

When did you first hear about the aswang? Were you told scary stories as a kid?

I remember hearing about the aswang as far back as I can remember, back to when I was about 5 years old in the Philippines. I would hear them more at family gatherings than from my parents. My mom was very cautious about not scaring us but in family gatherings, which were plentiful, there was no escape. I remember sleeping in the Philippines with a kulambo (mosquito net) over my bed and feeling like it was a protective covering for me, but I was still scared out of my mind. Oh, the memories!

How did the show cast the actors who played the Filipino couple and mother?

We held auditions all over, from Los Angeles to New York to Portland. Alain Uy (who played Sam), Tess Paras (Dana) and Freda Foh Shen (mother) are all based in Los Angeles. I have worked with both Tess and Freda before. And the actor who played my cousin is Moses Olson and he’s based in Seattle. It was a blast playing with all of them and we all definitely stayed in touch. They were fantastic!

Do you have scary dreams as a result of these “Grimm” stories?

Boy, I wish I had a funny and witty answer to give you! The only nightmare I’ve had is of “Grimm” ending and not being with these great people who have become my other family in the great city of Portland. I do have a buddy who told me that his sister-in-law had a dream about the aswang the night after she saw the episode.

Will there be more “Grimm” episodes featuring Philippine monsters?

I think and hope that that’s a possibility. We’re really proud of the work we do in the series and, specifically, that it involves an international scope. There have been two episodes dealing with Hispanic folklore, “La Llorona” and “El Cucuy.” So, who knows, anything’s possible. Another Filipino creature may creep into Portland yet!

When you’re filming a television show that spans 22 episodes a season, there’s really no time for anything else. A film has to really inspire me for me to want to do it on a hiatus. I would really love to find a film that does just that for the break (hoping that there’s a break and that we get picked up). But if not, I am more than happy traveling and hanging with my huge Filipino family.

(E-mail the columnist at [email protected] Follow him at www.//twitter.com/nepalesruben.)