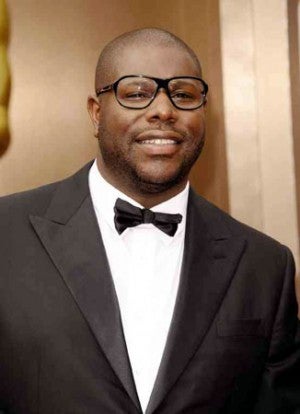 MCQUEEN. First African-American to have megged a Best Picture winner

Last year was a relatively good season for the global film industry, so film buffs are happy that the recent US Academy Awards came up with a bracing number of real winners.

Topping the list was Best Film awardee, “12 Years A Slave,” because the antislavery drama was directed by Steve McQueen, the first African-American to have megged a Best Picture winner.

Aside from the fact that McQueen had personal knowledge of the accursed effects of racism, the film was made especially significant by the fact that its protagonist was a freeman before he was summarily enslaved, making the production more telling than past antislavery dramas.

Alfonso Cuaron’s Best Director award for “Gravity” was also notable, because his film was a triumph of the cinematic imagination, full of daring images produced by state-of-the-art technology that has proven that practically anything a filmmaker imagines can now be believably depicted on the silver screen.

Some observers see this as a decline in the film medium’s more prevalent emphasis on emotive power and range, but in our view, it’s  important as a reminder to young filmmakers that the seminal impetus and focus of the movies in their infancy were on the magical possibilities of the imagination.

Put more specifically, “Gravity” calls to mind an early sci-fi confection, Georges Méliès’ “A Trip to the Moon,” the imagined images in which were much more primitive, to be sure, but sprang from the same ideational well that has made “Gravity” such a compelling viewing experience.

Not to worry, the 2013 Oscars’ acting awards bring the focus firmly back to the power of shared emotion, with winning lead players, Cate Blanchett and Matthew McConaughey, and supporting actors, Jared Leto and Lupita Nyong’o, providing sterling examples of how far—and deep—standout performers are willing and even eager to go to come up with performances that stir and shock viewers into rapt attention and illuminating empathy.

All four winning characterizations required the actors involved to plunge into uncommon psychological depths, and some particularly committed players even had to drastically alter the way they looked (and weighed) to suit their challenging roles to a tortured and tormented T.

Other actors who lazily play more variations on their real selves and signature stellar personas should view these winning portrayals to realize how much more they need to do to deserve being called film actors, as opposed to mere screen personalities!

First-timer Nyong’o created the biggest stir when she beat a slew of other thespic standouts to clinch the Best Supporting Actress trophy, so we hope to see her soon in an even bigger role.

In addition, Nyong’o’s unique sense of style has swiftly established her as a new fashion icon whose awards-night gowns will be anticipated and scrutinized from here on in.

Finally, the Best Animated Film award for “Frozen” was clearly deserved. For local film buffs, Fil-Am songwriter Robert Lopez’s Best Song win for the movie’s “Let It Go” anthem was the cherry on the icing on the already “de-luscious” cake that the 2013 Oscars turned out to be!