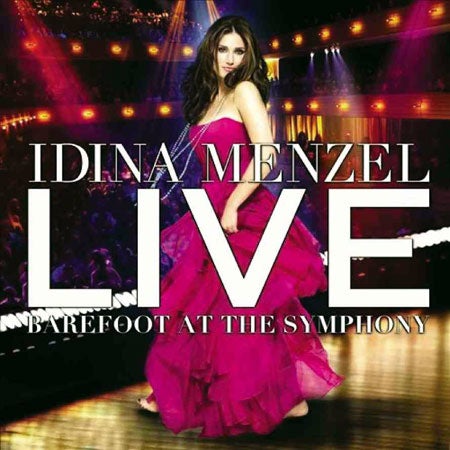 Have you been “Travoltified” yet, just as Idina Menzel (aka Adele Dazeem) was at last week’s Oscars? Slate magazine has declared that “you’re no one until you’ve had your name mangled by John Travolta”—so, it created a widget to “Travoltify” people’s names—and mine is…Rocco Andrenson!

While it’s true that Ms Menzel isn’t as famous as her idol, Barbra Streisand, it’s hard not to know who she is if you’re a keen observer of pop culture.

Musical-theater buffs remember Idina for originating the role of Maureen in “Rent.” She also acted in “The Vagina Monologues” and “Aida,” won a Tony for creating Elphaba in “Wicked,” and is now back on Broadway in the musical, “If/Then.”

On “Glee,” Menzel portrays Lea Michele’s estranged biological mother, Shelby. And if you can’t get Fil-Am Robert Lopez’s Oscar-winning song, “Let It Go,” out of your head, “blame” the 42-year-old theater ingénue for lending her voice and breathing palpable life into “Frozen’s” snow queen, Elsa.

If Mr. Travolta needs a quick introduction to Idina’s multiplatform performing career, he should get a copy of the singer-actress’ concert album, “Live: Barefoot at the Symphony”—a recording of Menzel’s 2010-2013 concert tour, in which she’s accompanied by the 52-piece Kitchener-Waterloo Symphony, conducted by Marvin Hamlisch. (Thanks for the copy, Lara de Jesus.)

We must admit that we were a bit underwhelmed by Menzel’s rushed and rough-around-the-edges performance at the Oscars, but the recorded-as-live album captures the singer’s voice in tiptop condition—from the show-stopping “Funny Girl/Don’t Rain On My Parade” medley to Idina’s glorious rendition of “Tomorrow”—the first song, along with “The Way We Were,” she had to learn, for Talent Night in second grade!

The album is as much a showcase for the performer’s good-natured sense of humor as it is for her musicality: She recalls how she met Barbra Streisand when she was asked to sing “Don’t Rain On My Parade” alongside Beyoncé, who rendered a seamless version of “The Way We Were,” when the 71-year-old diva received her Lifetime Achievement award at the Kennedy Center Honors in 2008.

Menzel shares, “It’s no secret that Streisand is a huge inspiration to me. When I was asked to sing for her, I was terrified! I worked on the song for months, because it’s extremely hard to sing. Cut to the performance: I got my nerves in check and hit all my marks—everybody stood up, I got a standing ovation!

“At the reception, my husband (Taye Diggs) and I were seated at Ms Streisand’s table—where she proceeds not to talk to us for the next hour and a half. Finally, she looks across the table, pulls down her glasses and says, ‘Did you sing for me tonight? I wasn’t wearing my glasses…You were good’—then she left.

“Here’s to you, Ms Streisand: No matter what you meant, I hope I did you justice—and I’ll always be your biggest fan!”

She also sang “Life of The Party” (from “The Wild Party”), Jimmy Webb’s “Asleep On The Wind” and Lady Gaga’s “Poker Face,” from “Glee”—an assignment that initially “worried” her, because she didn’t want to be typecast playing a mother to a 25-year-old grown woman (Lea Michele): “But, I was fat (she just gave birth then), and I needed a job (laughs)!”

If “talkies,” tributes and trivia don’t appeal to you, you’ll get your musical fix from Idina’s covers of Cole Porter’s “Love For Sale,” Tina Arena’s “Heaven Help My Heart” and The Police’s “Roxanne.” With a voice that’s noteworthy for its rich, masculine heft and lyrical quality,

Diggs steals some of his talented ex-wife’s thunder when he sings “Where or When” with her.

Of course, an Idina Menzel show/album wouldn’t be fully satisfying without treats for theater fans: If you worship “Wicked,” you’ll love her show-stopping rendition of “Defying Gravity” and “For Good,” sung in a cappella—and if you’re a Renthead, her dazzling version of “No Day But Today” will leave you spellbound. After all, she isn’t the theater world’s wickedly magical Elphaba for nothing!