‘Aswang’ makes it to ‘Grimm’ 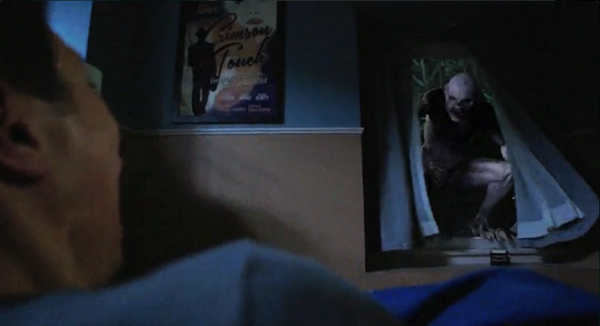 The “Aswang,” a vampire-like mythical creature in Filipino folklore, invades a US fantasy-detective television series.

Filipino-American actor Reggie Lee, who costars in NBC’s “Grimm,” told the Inquirer about the plot featuring the aswang in the series’ “Mommy Dearest” episode, which airs on Friday, March 7, at 9 p.m. in the United States.

“This is a story that has been told over and over again within my family and my friends’ families in the Philippines,” said Lee, who plays the role of Portland police officer Sergeant Wu in the series.

The Quezon City native brought up the story idea on the aswang, a Philippine mythological monster that steals babies from pregnant women’s wombs.

“I have a great affinity to Philippine folklore,” said the actor, whose film credits include “The Dark Knight Rises,” “Here Comes the Boom (with Charice),” “Drag Me To Hell” and “Crazy, Stupid Love.”

“And as you know, we believe these things in the Philippines,” he said. “I’m so grateful that the creators of ‘Grimm’ decided to use my actual heritage to introduce my character to the ‘creature world.’ I mean, how often do we have a Filipino story line on mainstream television? It was probably one of the most fulfilling times I’ve had within my career both because of the connection to the Philippines and the tremendous amount of emotion involved. I am grateful!”