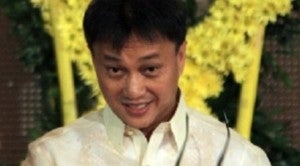 Last December, the Quezon City council passed a resolution urging the MMDA to let go of the MMFF as one of its programs since it has “its hands full with traffic, garbage and other public service concerns.”

But MMDA Chairman Francis Tolentino, in a statement Tuesday, invited local producers, directors and independent filmmakers to submit their entries as early as March in the 40th year of MMFF this December.

The opening will be held at the Club Filipino in San Juan City on Wednesday, highlighted by the awarding of cash incentives to the MMFF 2013 winners as well as the first tranche of funds to beneficiary organizations.

“I am inviting again all the local producers, directors and independent filmmakers to participate and come up with high quality movies that we can all be proud of and at the same time offer entertainment to the movie-going public during the Christmas season,” Tolentino said.

Tolentino, concurrent head of the MMFF, stressed that the deadline for submission of entries for the mainstream film category is on June 14.

For 2013, the MMFF raked in close to P1 billion in revenues, making it the “most successful and highest-earning festival in its 39 years of history.”

Through the amusement tax collections, Metro Manila local government units donate the proceeds to the MMFF Philippines beneficiaries, such as the Movie Workers Welfare Fund, Film Academy of the Philippines, Motion Picture Anti-Film Piracy Council, Film Development Council of the Philippines, and the Optical Media Board.