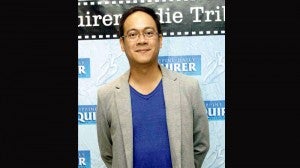 Martinez’s comment came on the heels of a statement made by “Kimmy Dora 3” producers, who said they found it “unfortunate” that the prequel, its lead star Eugene Domingo and Martinez “did not get the right recognition due them.”

In a statement, the producers on Thursday lamented the fact that Martinez “was not even nominated based on the merits of the film.” The comedy was coproduced by Piolo Pascual, Ericson Raymundo, Joyce Bernal and Shayne Sarte.

On Friday, Martinez said he was “shocked” when he learned that his team, which included sound and music engineers and cinematographers, did not even get a single nomination. “We all worked hard to be able to come up with a technically polished film. My staff deserved to be nominated,” he told Inquirer by phone. “We all want to know how the jurors came up with the winners.”

The producers’ statement likewise read, “A lot of people from various sectors in the industry share our sentiment [as expressed in] their articles and blogs citing the film’s production excellence.”

Bernal, who is also the editor of “Kimmy Dora 3,” won Best Director for her work in “10,000 Hours.” Loosely based on the life of former Senator Panfilo Lacson, the film bagged 14 awards, including Best Picture, during the awards ceremony held on December 27.

Martinez also questioned Maricel Soriano’s winning the Best Actress award for her performance in Wenn Deramas’ “Girl, Boy, Bakla, Tomboy.” The director pointed out, “It’s a supporting role. If there was anyone from that movie who should win an award for a lead role, it should be Vice Ganda for portraying any of his four characters. I’m not questioning Maricel’s talent. I’m one of her fans. I just want to know how the judges picked her as Best Actress for playing a supporting role.”

During the awards show held at the Meralco Theater in Pasig City, “Kimmy Dora” lead actress Eugene Domingo quipped that her Female Star of the Night award was a consolation prize for not winning the Best Actress trophy.

“We’re pleased with the positive feedback we received,” said Martinez. “Those who have seen it appreciated the fact that it was technically polished and that Eugene gave a brilliant performance.”

“As producers, we feel what matters more now is that moviegoers enjoy the film and leave the theaters delighted and happy,” the producers’ statement read.

On his Facebook account, Martinez said he was pleased to have heard young viewers “laugh and giggle” in the movie house. “They even scream during chase scenes! Priceless!”

He also posted his view on the call for the Metropolitan Manila Development Authority (MMDA)—the lead agency organizing the annual film festival—to relinquish its control over the MMFF. “It’s time for control to be given back to industry people,” he said in Filipino. “Aside from being bullies, [MMDA officials] are narrow-minded and hot-tempered. It’s better if they just focus their attention on solving the traffic problem during Christmastime… Were they really angry and tried to get back at us? Ang pikon laging talo.”

Martinez was referring to the rumor that some MMDA officials felt offended by the last scene in the movie, and that they tried to get even by snubbing “Kimmy Dora 3” during the awards show. “It’s like being sent to the principal’s office all over again,” Martinez posted  on Facebook a day after the ceremony. “Well, I’m not sorry. I will not change. This is my brand of comedy—love it or hate it. Deal with it. I’m here and I am here to stay. Kung hindi n’yo masakyan, kayo ang may problema.”

Here are excerpts from the Inquirer interview with Martinez.

Do you really think there’s truth to this rumor [that his film offended MMDA officials]?

My producers have questions that they hope the organizers could answer. If they really think we should be reprimanded because of what we did, then they should sit down with us and tell us why.

Why did you choose to complicate filming by using the Modula technology?

We did it because we wanted to use a more advanced way of telling Kimmy and Dora’s story. This technology replicates camera movements many times. It is very precise and is perfect for multiplying characters. Here, you see characters done by a single actor walking together, touching each other. It aids storytelling. It helps you believe that Kimmy and Dora are two different people.

It’s expensive to use. It’s difficult to program but once you’ve gone past that hurdle, it’s easy to use. We normally start at 8 a.m. and end at

4 p.m. for just one sequence. It’s that complicated, but we would clap and congratulate each other on the set whenever we see the results.

Wasn’t this an added burden to Eugene?

Yes it was. She felt uneasy about it in the beginning, but was pleased after seeing the effect. Of course she still had doubles here. We didn’t get to use the Modula in all of the scenes since it’s quite pricey.

How were you convinced to direct this movie?

Eugene and Joyce (who directed the first two instalments) talked me into doing it. At that time, I was still waiting for some of my projects to push through so my schedule wasn’t that hectic.

I’m also the scriptwriter. I’m pleased that I was able to put my vision into film.

Were there any disagreements between you (and Bernal)?

We disagreed about a lot of things but we were able to meet halfway. She had a lot of suggestions on how to improve the movie’s overall look.

What were your conditions before agreeing to direct the movie?

I really pushed for the use of motion-control technology. I also got to pick my cinematographer and production designer. I wanted people I trusted to be part of this project.

What did you learn from this project?

It was my first time to shoot twins and I realized how hard it was—mahirap na masarap. I also realized how exciting it was to shoot action scenes, and that the experience wasn’t different from directing a musical. It’s like dancing—you rehearse, you have to have the proper timing and rhythm.

Eugene refuses to make another “Kimmy Dora” film. What’s you’re opinion on this?

The team is satisfied with only three, but I’m OK to have more. Puwede rin naman solo—we focus on Kimmy first and then on Dora.