This accidental director wanted to be a doctor 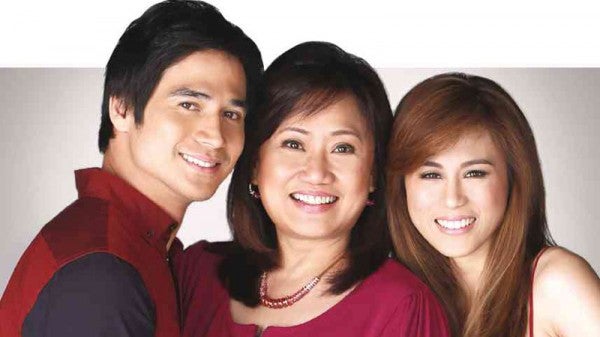 “Determine if you have the passion for it,” film and television director Olivia Lamasan counseled young and aspiring filmmakers.

“You always need a burning desire for you to be able to take on the hardships you’re going to encounter in getting to where you want to go,” she told them through the Inquirer. Lamasan said it would also help if one is a good writer and storyteller.

“It’s an advantage that I know how to write because I’m not at the mercy of writers who are difficult to deal with,” said Lamasan, who is also creative head of Star Cinema, ABS-CBN’s film production arm.

According to Lamasan, she never imagined ending up as a director. “I really wanted to become a doctor, but my mom said, ‘Babae ka, mag-aasawa ka lang agad. Sayang lang.’ When I said, I’d take up nursing instead, she told me she still couldn’t afford it so I took up Communication Arts at Maryknoll College (now Miriam College).”

Lamasan began working as a film production assistant in 1986. “My only dream then was to become a line producer. It was by some twist of fate that I became a writer while producing a movie by director Pepe Marcos. He didn’t want to shoot a scene until  his writer, Humilde “Meek” Roxas, revised the script,” she recalled. “Roxas refused, so I rewrote the script myself. Marcos liked it and was amazed to discover that I did the revisions.”

A similar incident happened when she first worked with director Laurice Guillen. When Guillen discovered how well Lamasan rewrote the script, she asked the latter to write the Vilma Santos-Christopher de Leon starrer “Ipagpatawad Mo.”

Lamasan recalled: When ABS-CBN still did not have enough directors for its new drama anthology “Maalaala Mo Kaya” in 1991, program host Charo Santos-Concio, now network president, thought the show should create its own pool of directors.

“She said we should start with me. I got pushed into doing it dahil sa tawag ng pangangailangan,” Lamasan shared with the Inquirer. “It also was like that when Star Cinema was first created. My bosses said I should direct movies so we wouldn’t be at the mercy of senior directors’ schedules.”

What do you to do constantly improve your craft?

What I didn’t get from training in school, I got from reading film books and watching movies. My choice is predominantly drama and comedy, both local and foreign. I recently enrolled in a class by Ed Lejano, director of the UP Film Institute. I did this not only because I wanted to learn more, but also because I wanted to know how I could teach filmmaking in the future.

What do you think is the impact of indie filmmaking to the industry?

It is advantageous in the sense that it helps broaden the knowledge of local audiences. Through it, we are able to learn various story-telling techniques. I support indie films by watching as much as I can.  “Ang Pagdadalaga ni Maximo Oliveros” is one of my favorites. Star Cinema supports indie films by distributing them. These films help open the minds of Filipinos.

What do you think of winning awards?

It gives me great joy when my actors win awards. My reward is if a lot of people go to the theaters to see my film—winning a trophy for it is just a bonus. When a person comes up to me to say he enjoyed my film and that it affected him, then this affirms my role as a filmmaker. This means I’m able to affect viewers with the characters that I’ve created and with the story I’ve just shared.

Do you first assemble your cast when you make a movie?

In my 20-year history as a director, the cast always comes first. I always get assigned actors. However, I tell my producers if I don’t like a particular cast member. It’s nothing personal, but always because I feel that he or she is not fit for the role. Also, I want to be able to work with actors who understand me. If one tells me, ‘I want to win an award from this project,’ napipikon ako. I tell him that we’re not here to win something but to do a really good movie.