‘Nuwebe’ all over the world | Inquirer Entertainment

‘Nuwebe’ all over the world 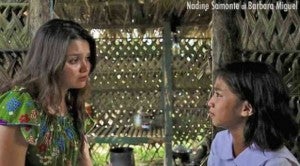