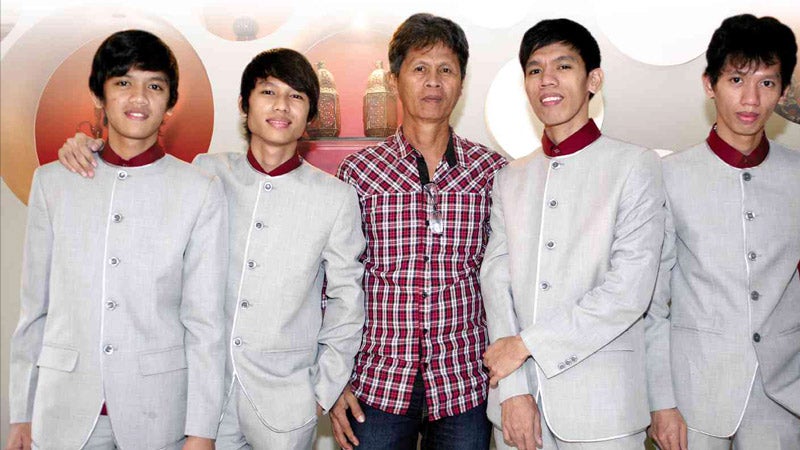 “Will they even listen to us?”

The question bugged each one of the four Reo Brothers as they walked onstage to perform in ABS-CBN’s Christmas concert at the Big Dome last year. 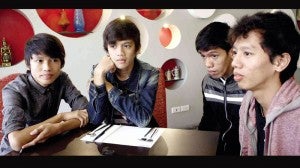 For the unheralded Beatles-inspired band from Tacloban City, the enormity of the moment was almost crippling.

But as soon as the Otic siblings Reymart, 19 (rhythm guitar); Ralph, 17 (bass); RJ, 21; and Reno Otic, 24 (drums) hit the chorus of their opening song “Help!,” the crowd was singing along and clapping to the beat. When the brothers busted out “I Saw Her Standing There,” several women stood up and started swaying their hips and dancing.

The vocal harmonies were charming; the brothers themselves, unassuming. And the instrument-playing was efficient—to think that they started with decrepit guitars and a drum set made of cans, umbrella fabric and potato chip wrappers. The boys weren’t formally trained, either; they learned the songs by repeatedly listening to their dad’s albums.

Best of all, there was a joy in their performance that rubbed off even on ABS-CBN execs Cory Vidanes, Freddie Garcia and Eugenio Lopez III. The bosses sang along, intermittently nodded in approval, and asked for more. Backstage after their set, RJ said, Nievera congratulated them and said they were good.

Of the songs in their repertoire, the one that best describes the Reo Brothers’ journey is “Here Comes the Sun.” RJ, Reymart, Ralph and Reno formed the group four years ago. They have since been earning a modest income playing Beatles hits and other 1960s-1970s songs in hometown gigs.

Yolanda damaged the Otics’ home last November, leaving them almost penniless, and forcing them to go to Manila after five days in an evacuation center. The Reo Brothers (from a brood of nine) arrived in the capital via a RoRo bus, with just their guitars and as many clothes as would fit in their instruments’ carrying bags. 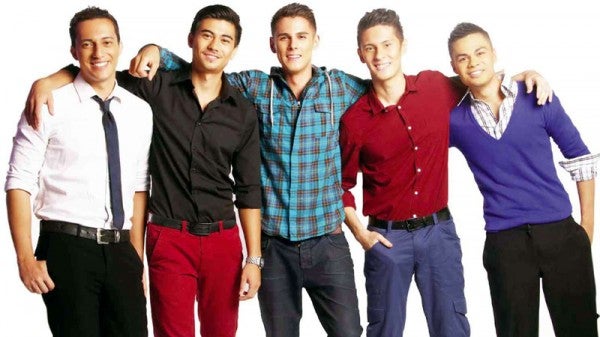 The Inquirer recently sat down with them at the Armada Hotel Manila in Malate, where they will topbill a show on Valentine’s Day, “Dance the Night Away with the Reo Brothers of Tacloban.” RJ did most of the talking; his brothers were so shy, they simply nodded or smiled most of the time.

How did you end up performing at the Big Dome?

RJ: About two years ago, Sir Rey Fuentes (a businessman) saw us perform in Tacloban City. He was very impressed; he gave our father a calling card and said to give him a call if we were ever in Manila so he could help us find places to perform in.

Good thing our father kept the card—it got wet [during the storm]. We phoned Mr. Fuentes, then met him in a mall. He introduced us to a businessman-friend of his, Sir Tom Banguis, who manages a few other bands. Sir Tom watched us perform and liked it. He sent a letter to ABS-CBN and GMA 7 telling them our story. ABS-CBN replied, said they were including us in their Christmas special.

RJ: We were shocked; it was unexpected. We were nervous, too, because we hadn’t practiced in a while. And there would be a lot of famous people in the show—Lea Salonga, Bamboo, Shaina Magdayao, Mitoy and Lani Misalucha. During the concert, we were star-struck.

Reymart: I wondered if anyone would bother listening to us. But the crowd enjoyed our set and asked for more. I’m glad we made them happy. That inspired us to continue.

Reno: We were so nervous … not everyone gets to perform at the Big Dome. And the concert was to be shown on TV.

How did that concert change your lives?

RJ: We landed more gigs, the latest being our Valentine show here at Armada Hotel. We’re happy because we can now help some relatives in Tacloban City. Other people who also want to help still call us, but we tell them they shouldn’t worry about us anymore. We’re touched because people have been so generous.

Do you already have a regular spot in a hotel or a bar?

RJ: Yes, Sir Tom took us to Primos Cuisine and Lounge for a screening. One of the owners, Rannie Raymundo, saw us perform. The people at Primos were initially reluctant to let us play, baka raw mapahiya sila. We just did our best and, before we knew it, the crowd was chipping in, for donations. Now we play there Tuesdays.

Does performing abroad cross your mind?

Reymart: We got an invitation to a fund-raising show in March  at  Madison Square Garden in New York. We may also go to Japan, Los Angeles and Liverpool, but it’s not yet confirmed. 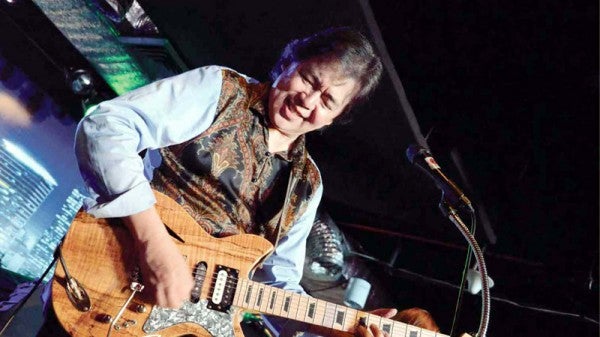 RJ: I’m excited to go to Liverpool because that’s where The Beatles were from!

What are your plans?

At this time, just to continue what we started. We faced many challenges but never lost hope. And even when we’re sad, we don’t bring it with us onstage. Dapat masaya kami.

Watch the Tiongco Brothers perform live, and dance to the music of Ramon “RJ” Jacinto and his band from 8 p.m., Feb. 14, till the wee hours at  RJ Bistro, Dusit Thani Hotel (lower level).

Have a Valentine date with the most beautiful women in the country via the free event, “Binibining Pilipinas 2014 Talent Show,” at  Farmers Plaza Activity Area, 3 p.m., Feb. 14.

On Feb. 15, Juan Direction’s Henry, Daniel, Charlie, Brian and Michael—who became Internet stars for their YouTube videos on Pinoy culture—treat their fans  to an afternoon of fun games, special numbers and treats at  Gateway Activity Area in Gateway Mall.