Echo can’t wait to get married 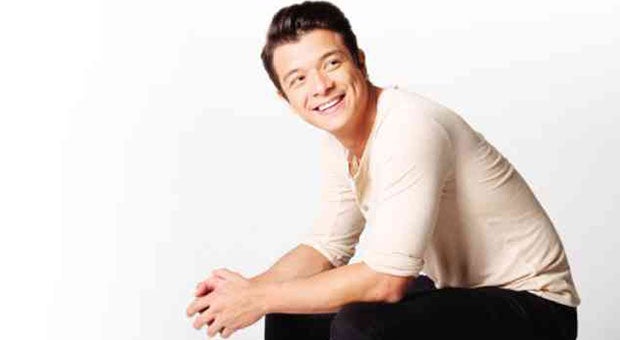 ECHO: “I’m not a comedian, but I’m really fun-loving.”

“Wala nang pack up ’yun!” quipped Jericho Rosales when asked if he and his fiancée Kim Jones were pushing through with their beach wedding in Boracay this May.

“We love the water… and surfing,” the actor told the Inquirer at a press con for the film adaptation of Bob Ong’s bestselling book, “ABNKKBSNPLAko?!”

Echo, 34, proposed to Kim, a Filipino-British TV host-model, more than a year into their relationship last August during a service at the New Life Christian Church in Alabang. “I can’t wait to get married,” Jericho said, adding that he couldn’t be happier.

Aside from the ABS-CBN drama “The Legal Wife,” Jericho is shooting a TV series tentatively titled “Chef” for the Malaysian TV channel Astro. Despite his busy schedule—he flies back and forth between the Philippines and Malaysia—he finds time to help in the wedding preparations. “That’s dedication,” Jericho said. “I do it because I want to. Kim needs help. That’s why, when I have a free day, I give it to her.”

Asked about baby plans, Echo said he wasn’t looking that far ahead. “We have a lot of commitments, and we want to enjoy each other,” he said. “Perhaps in two years.”

In “ABNKKBSNPLAko?!,” a light-hearted flick directed by Mark Meily, Echo took a stab at comedy which, he found, was hard work. “It was tough,” said the actor, who usually gets dramatic roles. “I was surprised that I was cast in it.”

One of last year’s Inquirer Indie Bravo! awardees for his work in Ian Loreños’ “Alagwa,” Echo added: “I’m not a comedian, but I’m really kalog and fun-loving. The movie scenes were funny in themselves; I just had to put myself in my character’s shoes and enjoy.”

Going international has always been one of Jericho’s “ultimate dreams.” He was grateful for the chance to star in an acting project in Malaysia, where he enjoys quite a following, thanks to “Pangako sa ‘Yo.”

The ABS-CBN teleserye that he headlined with Kristine Hermosa, ran in the Philippines from 2000 to 2002, and has been shown in other Asian countries (Indonesia, Malaysia, Singapore), and parts of Africa (Namibia and Kenya).

“I thank God for ‘Pangako’ because it opened doors for me; now I have a fan base in Malaysia. Aside from the show I’m doing, I’ve been offered a movie,” Jericho said.

Asked to compare Malaysian and Filipino TV production crews, Echo, who plays a Cebuano who travels to Malaysia and Australia in “Chef,” explained: “[In Malaysia] we work regular hours daily and have a smaller crew. We finish at 8 p.m. or, sometimes, as early as 4 p.m. We have time to chat and play around.”

He said that the thought of pursuing a full-time career in Malaysia had crossed his mind. “But I will have to find a way to divide my time between Malaysia and the Philippines. I don’t want to leave my career here… this is still home.”