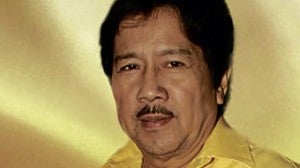 The Film Academy of the Philippines (FAP) has asked Congress to investigate the release of proceeds amounting to P82.7 million from screenings of Metro Manila Film Festival (MMFF) entries in previous years, and to stop some festival organizers’ “stonewalling.”

Albay Rep. Edcel Lagman recently filed House Bill No. 2738, which mandates that the organization, management and operation of the annual festival be given to people in the industry. “We hope that during the committee hearing on the bill, the beneficiaries will be invited to speak,” FAP secretary general Leo Martinez told the Inquirer.

“Then we may finally reveal what’s happening here. There is a reason that organizers are ignoring the issues we’ve raised,” Martinez said.

In January, the FAP filed a petition before the Quezon City regional trial court to compel fest organizers to release proceeds from screenings in previous years. Martinez said it was sad that current MMFF leaders continued to conduct themselves like their predecessors.

Martinez said MMDA chair Francis Tolentino, who is also the MMFF executive committee head, was carrying on with a “faulty and unreliable” system. “The MMFF continues to deduct expenses from the amusement tax, which should be shared only by the legal beneficiaries,” the FAP chief said.

Aside from FAP, the beneficiaries are: the Movie Workers Welfare Foundation, Anti-Film Piracy Council, Film Development Council of the Philippines and Optical Media Board.

The report noted the MMFF execom’s violations in the handling and disbursement of the funds in the millions, out of the amusement tax proceeds.

Said Martinez: “We wrote the (MMDA) chairman a letter (sent to his office in October 2013) asking him to acknowledge the COA findings and implement its recommendations. We feel he should have addressed this [by now], because it concerns the industry that he said he wished to help. It was his apparent lack of interest that prompted our group to seek the court’s help.”

The academy also sought a court order to stop the National Cinema Association of the Philippines (NCAP) from remitting to the MMDA tax proceeds of the 2013 festival, noting that these would “again form part of the pool of fund [that] remains unaccounted for and has not reached the beneficiaries.”

Martinez said the FAP would not seek a temporary restraining order on the NCAP remittance. “We don’t want other beneficiaries to be affected,” he explained. “The problem is that most people in the government think the industry is made up of only two groups—theater owners and film producers—that have chosen to back up the system—which is sad. Movie workers should also get what is due them.”

He objected to Tolentino’s response to the FAP’s call for the MMDA to relinquish management of the MMFF and turn it over to industry leaders. “Chairman Tolentino said this was possible only if we were friends with all of the city mayors. He is muddling the issue. Being a lawyer, he should know that friendship with city mayors should not be the basis of a turnover.”

Martinez reported that the Quezon City government recently released a resolution that supported the FAP’s call.

On Friday, the Inquirer sought Tolentino’s reaction, but the MMDA chief refused to comment, apart from saying that the FAP “failed to convince” the QC RTC to support its position during a subsequent hearing.