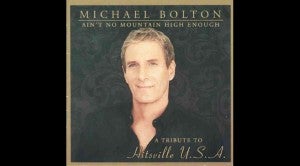 Michael Bolton has made a lucrative career out of reinventing his sound—from his heavy-metal heyday in the ’70s to his drastic but financially rewarding musical detour in the ’90s via the schmaltzy pop ballads, “How Am I Supposed to Live Without You,” “Said I Loved You But I Lied” and “Missing You Now,” his exquisite, jazzy collaboration with Kenny G.

Bolton’s power as a vocal technician is beyond question, but he has consequently been scored by critics for his predilection for belting almost every tune he sings—and with good reason: After all, even fans of show-stopping arena ballads could use some subtlety and an occasional respite from gut-wrenching birit.

In his most recent album, “Ain’t No Mountain High Enough: A Tribute to Hitsville U.S.A.,” Bolton’s steely pipes benefit from the built-in soul of the classics from the Motown songbook: The pitter-patter tapping of “Somethin’ Out of Nothin’” and tender trills of “Tracks of My Tears” lend an easygoing vibe that softens  the 60-year-old singer’s hard-hitting notes.

His guests are also effective sonic “shock absorbers”: In “Ain’t No Mountain High Enough,” the spot-on improvisations of Delta Goodrem beautifully complement Bolton’s raspy tenor, while Melanie Fiona provides a sassy vocal contrast in “Ain’t Nothing Like The Real Thing.”

Other top picks: Bolton’s catchy covers of “Signed, Sealed, Delivered (I’m Yours)” and “You Keep Me Hanging On.” It’s also a treat to hear Orianthi’s frisky guitar-playing in “Money (That’s What I Want)” and Michael Lington’s soaring saxophone solos in the singer’s version of Marvin Gaye’s “What’s Going On?” 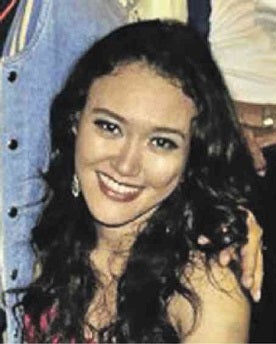 If you’re partial to the timeless music of Lee Ritenour, Dave Valentin, David Grusin, Alphonse Mouzon and Bob James, you have something to cheer about with the release of Kiss The Bride’s 11-track jazz album, “Subway.”

The positive vibe and playful melodies of “The Awakening” and the title track pay tribute to the enduring sound of David Benoit, while the groovesome frolic of “Una Sonrisa Suave,” “Mornings With Uncle Bob” and “Adios Carnaval” revives the exhilarating energy of the smooth Latin jazz of the early ’90s.

You’ll enjoy the brooding “If Only She Could Stay” and the rain-smothered arrangement of “Freddie-Come-Knockin’.” And, you won’t be able to resist the bonus track, “The Christmas Secret,” featuring the radio-friendly duet of Martin Nievera and versatile actress-singer and rising musical-theater star, Celine Fabie. Don’t miss it!