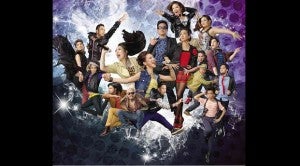 Some entertainment events coming up soon are too good to pass up, hence these special mentions:
On Feb. 5, the Diva Universal channel is premiering the hottest new sitcom on US TV, “Brooklyn 999,” which has unexpectedly won awards and garnered exceptionally strong ratings—so, be sure to catch its debut telecast.

Starring Emmy winners Andy Samberg and Andre Baugher, “Brooklyn 999” is a single-camera comedy “about what happens when a talented but carefree detective and his diverse group of colleagues get a new captain who believes in rules and regulations.”

Written and produced by “Parks and Recreations” hitmakers, Dan Goor and Michael Shur, the new series surprised many TV people when it won this year’s Golden Globe award for Best TV Comedy or Musical Series, plus a Best Male performance trophy for Samberg! Let’s watch its Feb. 4 premiere on Diva and find out what makes this new show a “sleeper” sensation.

On the musical -theater stage, the big to-do may be over a visiting foreign
production, but we trust that you will go out of your way to show support for Peta’s “Rak of Aegis” show, which opens this weekend.

The first time I learned that a local musical based on the hard-driving and birit-bleating songs of the Aegis band from Cebu, I sensed that the leading theater group was on to a very good thing!

While I’m against the birit style of singing that exaggeratedly favors loud and shrill singing above all else, I also feel that Aegis songs are very masa and Pinoy, so if the new musical’s scripting and other elements are able to successfully rise up to the challenge, Peta should ahve a hit on its hands. I have to say “if,” because as last season’s Apo movie musical showed, some bright ideas are not fully realized in execution.

Still, I wish “Rak of Aegis” the very best, partly because some of its stellar performers, like Isay Alvarez, Robert Seña, Aicelle Santos and Poppert Bernadas, come straight from our “Katy!” show, which gratified me no end when it romped off with a slew of Aliw awards, including Best Musical—over a field of foreign works.

If “Aegis” also vanquishes the “imported” competition for awards this year, it could finally convince some colonially minded nay-sayers that “local” need not be inherently inferior to “foreign”—and can even be better than it!

If you want to be a part of this admittedly uphill fight (we have to contend with the vestiges of centuries of miseducation by our many colonizers), call Peta at (632) 725-6244.

On local TV screen, the already intense competition heats up to a really combustible level with the start of a number of top-ticket stellar prospects, like ABS-CBN’s “The Legal Wife” and GMA’s “Rhodora X,” which both premiered last Monday, Jan. 27.

It’s a sure thing that both new shows will come out with all of their guns blazing, so we trust that you’ll be watching the attendant stellar fireworks.

Our worry, though, is what will happen two months down the line, when the need to keep viewers regularly on tenterhooks predictably results in fuzzy and inordinately complex-compound plots and subplots and detours into confusing dramatic cul-de-sacs that make for even more befuddling viewing—!

Let’s hope that “Rhodora” and “Legal Wife” will be able to avoid this ultimately confounding and unproductive denouement. Let’s watch them regularly to find out—it’s a date!