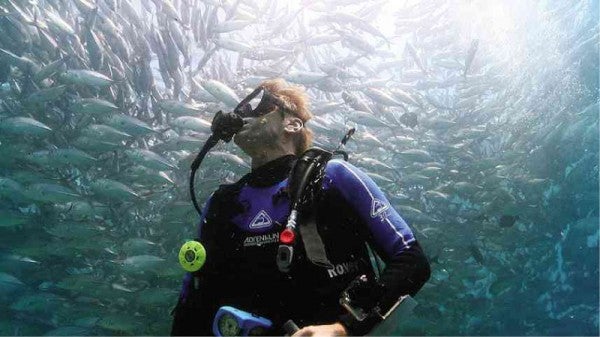 A SCENE from Animal Planet’s “The Coral Triangle”

“I first went there in 1973, saw that it was an exceptional place, but I didn’t realize just how exceptional,” said underwater explorer Valerie Taylor, discussing the docu series “The Coral Triangle” in a recent phone interview with Asian journalists. The project focuses on the area dubbed “the ocean’s Amazon.” 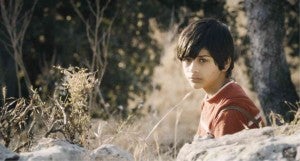 In the three-part Animal Planet docu, the titular territory is revealed to be a vast (six million square kilometers) haven for diverse marine creatures. To the north is the Philippines; to the west, Indonesia and Malaysia; and to the east, the Solomon Islands.

“Right back then, I was sure it should be protected. It’s the center of all the marine life in the tropical Pacific and Indian Ocean,” Taylor, 78, said. “It’s a gift from nature.”

One challenge while filming, Taylor said, involved unexpected external activity. “[We worked] in the shallow water with the above-water and underwater cameramen. We didn’t go much deeper than, say, 20 to 30 meters… concentrating on unusual animals, of which there were many,” she recounted. “Unfortunately, an Indonesian fisherman came along and used cyanide to kill quite a few fish. That was a bit of a blow.”

The endeavor required patience in other aspects as well. “When you’re filming, you go to the same place several times, because at different times of the day different marine creatures come out,” Taylor said. “I kept telling the cameramen, ‘Try and get color—colored fish, colored corals.’ You attract viewers with something that they notice immediately, then you can tell your story. And the story that we’re trying to tell is that man and sea animals can live and survive together.”

(The third part of “The Coral Triangle” will air on Sunday, 6 p.m. on Animal Planet.)

RTL CBS Entertainment HD brings to Asia the magic of Cosentino, the illusionist who won a Merlin Award (“International Magician of the Year”), handed out by the International Magicians Society. Cosentino combines street magic with stage illusion, escapes and sundry stunts. He appears in “The Chinese New Year Magic Special” today,  Feb. 6 and 7, at 10:50 p.m.

“When I Saw You,” Palestine’s entry in the best foreign language film category of the 2013 Oscars, presents family life in a 1960s refugee camp, where a boy and his mother are waiting to reunite with a family member. The film  premieres Feb. 2, 9 p.m., on CinemaWorld.