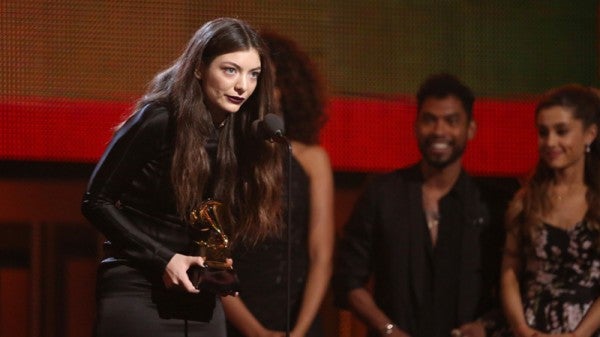 Lorde, a poised 17-year-old, thanked her competitors who included Justin Timberlake and Katy Perry as she accepted the Grammy at the music industry’s annual night in Los Angeles.

“This is the one thing that I did not expect the most about tonight,” Lorde said, saying of her rivals for the Grammy: “I have been so inspired by all of your vocal work at some point in my life, so thank you.”

Lorde, whose real name is Ella Yelich-O’Connor, stormed through international charts last year with “Royals,” her genre-defying tale of aspirational luxury. With the song, Lorde became the first act from New Zealand to top the Billboard chart in the United States.