Jury sides with Courtney Love in trial over tweet 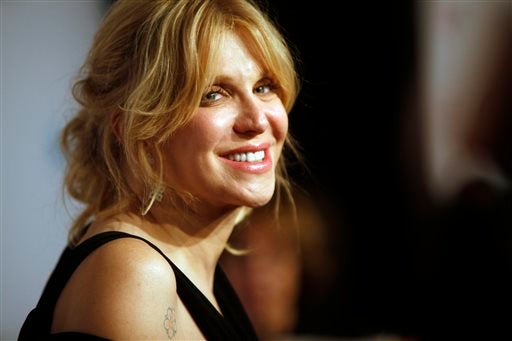 LOS ANGELES —A Twitter posting by Courtney Love suggesting that one of her attorneys had been “bought off” wasn’t defamatory, a jury decided Friday.

The verdict came after roughly three hours of deliberation in a case that spanned eight days and focused on the Hole frontwoman’s postings on the social networking site. The case centered on one 2010 post that suggested that San Diego attorney Rhonda Holmes had been “bought off” and that was why she wasn’t representing the singer anymore.

Love had hired Holmes to file a fraud case against the estate of her late husband, Kurt Cobain. The lawyer contended during the trial that she was fired by Love and that the tweet and other statements the singer made against her have caused her substantial damages.

Love’s tweet stated, “I was (expletive) devastated when Rhonda J Holmes Esq of san diego was bought off” in response to a question from a user of the popular social media site.

The message was never meant to be public, Love told jurors. She said she meant for it to be sent as a direct message, which only the recipient would see, but it instead went public and was quickly deleted.

The swift verdict wasn’t witnessed by Love, who had left court after closing arguments ended Friday morning. She arrived just as the courthouse was closing down and met her attorneys, John Lawrence and Matthew Bures, in the hallway where she hugged them both.

Love praised her attorneys and the jury after the verdict. Asked about her social media presence, Love said she refrained from posting on Twitter during the trial. “I didn’t tweet out of respect for the case,” she said.

While the case was billed as the first “Twibel” trial in which Twitter and libel law intersected, Lawrence said it was tried by the same rules as traditional defamation cases.

Holmes’ attorneys urged jurors in closing arguments to award the attorney $8 million and send a message that false statements online had consequences.

Holmes’ lawyer Mitchell Langberg said that while his client was disappointed with the verdict, her reputation was upheld and the world now knows that Love’s statements were false.

“At the end of the day, her biggest asset in life is her reputation,” Langberg said. “That she got back today.”

Read Next
Red Hot Chili Peppers to join international jam at Clark music fest
EDITORS' PICK
vivo brings to the Philippines a powerful smartphone with a slimmer body, the vivo Y02s for only PHP 6,499
Apple warns of flaw that lets hackers into iPhones, Macs
46% of schools nationwide to have full face-to-face classes on Aug. 22
House energy committee chair Arroyo bats for cheap electricity
What to watch out for when selecting a video surveillance solution
Heads may roll at BOC, says Palace if sugar smugglers are allowed to use recycled import permits
MOST READ
DepEd to give teachers P5K cash allowance within first week of classes
Dressing the dead: Indonesian villagers clean corpses in afterlife ritual
DOJ indicts bank officer in $2.1 billion Wirecard fiasco
Mayor bares issues vs closed QC school
Don't miss out on the latest news and information.