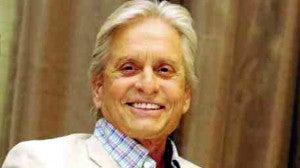 DOUGLAS. His risk-taking has paid off bigtime. RUBEN V. NEPALES

Watching the recent Golden Globe awards rites was an emotionally satisfying experience for us, because it gave us an opportunity to touch base again with some acclaimed icons we don’t get to see as much of as we want.

First off, our top fave forever, Uma Thurman, made only a brief appearance as category presentor, but that was good enough to give us a “fan-tastic” surge.
Uma may no longer be as visible on the big screen as before, but golden memories of her superlative performances linger in the mind’s eye, so it looks like we’re going to remain the self-appointed head of Uma’s local fan club for some more years! 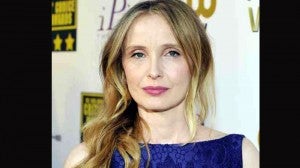 DELPY. Singled out for her memorable portrayal in “Before Midnight.” AP

Next, we were happy to see the great Julie Delpy being nominated for her memorable portrayal in “Before Midnight.” She didn’t get the trophy, but it was great to see her being singled out for her expectedly excellent work.

Too good to pass up

Most of Delpy’s successes have been in European productions, but we wish that American producers finally decide that she’s too good to pass up, and give her roles in their productions as well, so we’ll see her on the big screen more often.

After all, European talents have been starring in US productions for decades (think Greta Garbo, Ingrid Bergman, Vivien Leigh and a host of others, up to today’s Jessica Chastain). So, why can’t Delpy join their exalted company? 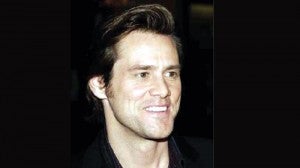 CARREY. Has to learn how to choose his starrers more carefully.

The third icon to ring our bells at the Globes was comedy star Jim Carrey, who was on-cam for only a few minutes, but made an impact all his own.

It’s been quite a while since he’s been seen in public, after his last comedy film turned out to be a fatuous flop. Despite that failure, however, he remains a formidable talent—who just has to learn how to choose his starrers much more carefully.

In the nick of time 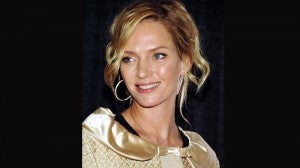 So, we’re glad that Carrey’s recent appearance at the Golden Globes has reminded producers and fans of his existence—just in the nick of time, as the new show biz season is unfolding!

We were also thrilled that Michael Douglas, Matt Damon and Rob Lowe were cited for their great and daring ensemble work in “Behind the Candelabra.” The macho stars took a great risk playing it flamingly gay for the TV movie, but it’s paid off bigtime for all of them!

We hope that other actors learn from their gutsy example that stellar careers have to be occasionally put “at risk” with extremely challenging character choices, to “force” the stars involved to push back their thespic parameters and reveal—what they’re truly capable of!