Weighing in on contentious issues 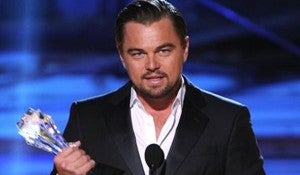 As foreign productions continue to “colonially” rule over the local entertainment scene, both live and onscreen, our continuing campaign for viewers to stop believing that “imported” is inherently superior to “local” has been a difficult struggle to persuade and convince.

But, we’re heartened that some National Artists have gone out of their way to urge us to “keep fighting—and writing.”

We wish in turn that they will use their even more persuasive clout to similarly “reeducate” the brown Americans or Brits among us to make the same, key shift in cultural and psychological perspective.

In addition, our spirits were recently raised when we talked to Gawad Kalinga’s Tony Meloto, and he shared that he read our articles and agreed with them.

He even pointed out that freedom from extended colonial mentality and subservience was in fact one of the tenets and objectives of GK, hence its support for Filipino arts, culture and products!

We trust that, as these and other leaders join the admittedly controversial discussion, more Filipinos will be led to at least question our long-ingrained and still prevalent preference for foreign as inherently superior to local—which is one of the main reasons why we are so culturally “fractured” and have yet to come into our own as a psychologically strong, confident and truly independent people!

Elsewhere, some fans of Leonardo DiCaprio have given us props for our recent column on the new “king” of Hollywood, which they describe as comprehensive and well-researched. —No mystery there, since we’ve followed Leo’s acting career since his child-actor outings in “What’s Eating Gilbert Grape?” and other moody dramas.

For a long time, we fretted that DiCaprio wouldn’t be able to graduate from “tormented” roles to a wider and more popular range of character types, because he had the “sullen” acting mode down pat.

Even when he starred in the record-breaking “Titanic,” his portrayal still felt limitingly constricted and introverted. Then came “Romeo + Juliet,” which we believe was his first, big act of thespic liberation.

But, Leo’s greatest stroke of luck was when his master-mentor, the iconic Martin Scorsese, decided to take him under his wing—for the long term.

It was Scorsese who transformed DiCaprio, from sullen victim to self-actualizing hero—and, to add to his range and depth, occasionally even as an antihero and victimizer himself, as in “The Wolf of Wall Street.”

Imagine turning Hollywood’s Golden Boy into a virtual villain?  That takes a huge dose of artistic chutzpah and moxie, which are what Leo now has—in Scorsese-lavished spades!