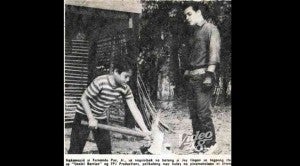 ILAGAN (WITH FERNANDO POE JR., RIGHT, IN “DANIEL BARRION”). Looked cute as heck, but also had a lot of depth to him. FPJ-DAKING.BLOGSPOT.COM

After discovering the nostalgic TV-film treats on the new Jeepney TV cable channel late last year, we’ve periodically watched its old shows and have been reminded of some gifted stars who are no longer with us.

Last month, the face and voice from the past who came through most vividly on the channel’s replay of a “Goin’ Bananas” episode belonged to—Jay Ilagan.

All of a sudden, we recalled how exceptionally talented he was, starting out as a child sidekick to no less than Fernando Poe Jr., and later quickly establishing himself in his teens as the young male lead most likely to make it big in the highly competitive world of Philippine entertainment.

In fact, before he added too many unwanted pounds, Jay was the young lead actor of choice of many of the country’s top directors!

It was no surprise to learn that his performing genes were top-level: His parents, Angel Esmeralda and Corazon Noble, were both stars, and the entire Ilagan clan was one of local show biz’s “royal” lineages. 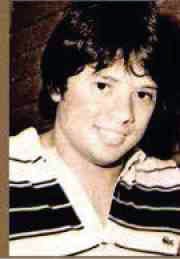 But, Jay was more talented than most. He looked cute as heck, but he also had a lot of depth to him.

That unusually compelling combination of stellar attributes wasn’t lost on film people and the viewing public, and Jay went from one stellar assignment to the next with no end in sight—until his unfortunate weight gain.

It was a truly tragic turn of events, because even his most avid fans  among the country’s top filmmakers were forced to replace him with newer actors.

If the show biz grapevine is to be believed, therefore, it’s no exaggeration to say that, if Jay hadn’t gained all those pounds, there may not have been a Christopher or a Bembol—not as early as when they became stars on the rebound, anyway.

We were fortunate to work with Jay in the early ’70s, when we directed him and his “secret love,” Hilda Koronel, in a Lea Productions photoplay. Their love affair was absolutely forbidden by their producer, but they were such good actors that they fooled everybody!

Later, we wrote the script for “Inspiration” for Ishmael Bernal, and Jay starred in that memorable movie too, that time with Vilma Santos. 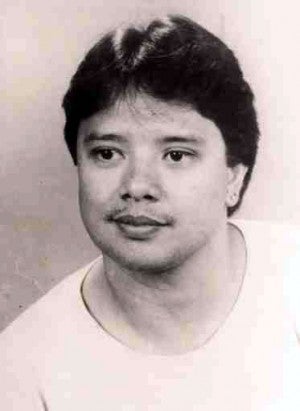 In both instances, Jay impressed us both as an artist and as a person—he was so full of zest for life and for acting. He was good not just at drama but also at comedy, hence his eventual stint on “Goin’ Bananas,” along with Christopher, Bobot Mortiz, Johnny Delgado and Al Tantay.

On the episode of that ’80s show that we recently caught on Jeepney TV, Jay was already overweight, but his deadpan wit still shone through, making today’s viewers chuckle, despite the passage of many years.

It was truly tragic, therefore, when Jay passed away in a motorcycle accident in the ’80s, leaving his many colleagues in the movie biz bereft and mourning the loss of a major talent. Had he survived that accident, imagine what other thespic accomplishments he would have racked up!

—Well, that’s all wishful thinking now, but movie buffs can still honor Jay by accessing his exceptional screen performances, and comparing them to the feeble  approximations being turned in by his TV-film counterparts today.

—When comes such another?