Raps vs Jose Manalo’s wife over house for rent junked 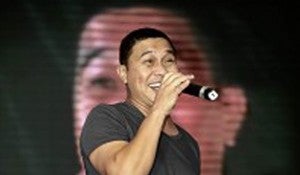 MANILA, Philippines — The Quezon City prosecutor’s office has junked the charges filed against the estranged wife of TV personality Jose Manalo in connection with her alleged failure to give the lease contract for a house she was putting up for rent.

Assistant city prosecutor Raul Desembrana dismissed the estafa, grave coercion and other forms of swindling charges against Annalyn Manalo and Arlene Mendoza for lack of evidence.

In a three-page resolution, Desembrana said there was no evidence that respondents committed deceit.

The complainant Tan Tong Yeow of XIN Networks, Inc. said he rented a house at 36 Scout Tobias St., Barangay (village) Laging Handa, owned by the Manalos, to be used as office space in December 2010.

That day, the complainant and Annalyn signed a draft contract of lease for three years, with a monthly rental of P 40,000.

The respondent gave Tan a copy of the draft contract, saying the final contract would be given to him.

However, the complainant said he was not given a copy of the final contract despite his attempts to contact Annalyn.

He decided to move in on December 22, but on the following day, Annalyn allegedly called him up and told him to move out of the house.

The complainant was later forced out of the house that day by the respondent’s employees.

Tan claimed that the money he paid as deposits and advance rentals were not returned.

In her counter-affidavit, Annalyn said she received the complainant’s money with the understanding that it was a reservation fee and that the draft contract was not meant to be final memorandum of agreement.

The respondent explained that the contract was executed only for showing it to their respective principals, which is Tan’s office, XIN and Annalyn’s husband Jose, who also owned the property.