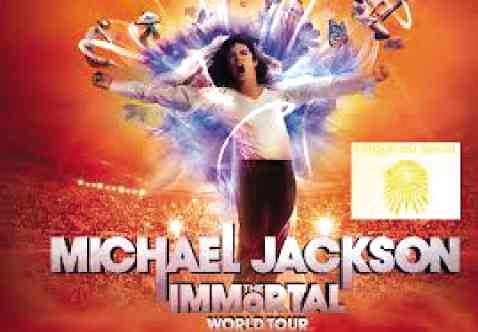 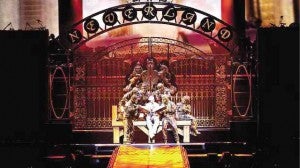 THE GATE of Neverland was recreated in the “Childhood” segment.

Being an MJ diehard, I’d like to believe that it was more than coincidence that I was in the UAE when Cirque was also on tour there.

It was a surreal experience. I could not hold back my tears while watching the spectacular tribute to my idol.

I was delighted to see kids, who had obviously not been born during The King of Pop’s glory years, all dressed up à la MJ. Europeans, Arabs, Asians, Americans, Australians, Africans and fans from different countries flocked to the show. The crowd reminded me of MJ’s anthem, “We Are the World.”

Hailed as one of the largest arena tour shows in the world, “Immortal,” which started in October 2011, has been presented in 117 cities across 26 countries. 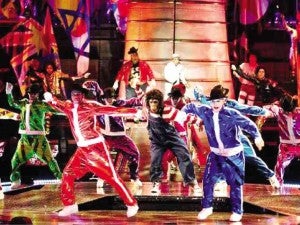 Four of 11 band members in the show had worked with MJ, including his drummer of 33 years, Jonathan “Sugarfoot” Mofett. The show is written and directed by Jamie King, a dance prodigy who worked with MJ, too.

Hopefully, Cirque will bring the tour to Manila so I can watch it again. Even if you’re not a fan, the Cirque extravaganza is worth catching.

MJ, also known as the “Eternal Child,” was a huge Cirque fan. That’s why when he passed away, Cirque decided to pay homage to him. 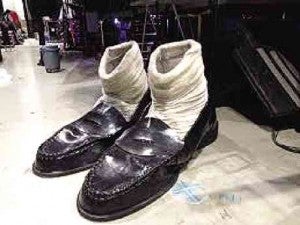 Even now, as I try to describe the show, I am at a loss for words. I was in awe from start to finish. My favorite numbers were “Childhood,” “Billie Jean,” “I Just Can’t Stop Loving You” and “Human Nature.”

For “Childhood,” they replicated the gate of MJ’s home, Neverland. It made me tear up because that song best describes the Michael whom most people had misjudged.

The “Billie Jean” segment was a visual delight as the acrobats donned MJ suits that lit up in different colors. “I Just Can’t Stop Loving You” was such a sensuous aerial ballet number. “Human Nature” was a stunning display of aerialists bedecked with LED lights.

A rare footage of a young Michael belting out “I’ll Be There” a cappella was quite heart-wrenching. It reminded me of how hard he worked all his life, entertaining countless fans all over the world. And yet he died alone. 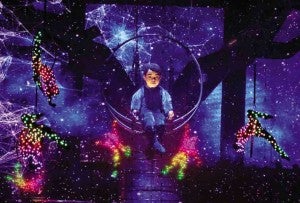 AERIALISTS decked with LED lights in the “Human Nature” number

Throughout the show, MJ’s ethereal voice filled the venue as he explained his thoughts on his songwriting and why he wanted to save the planet.

Even if we can no longer watch the King of Pop in concert, “Immortal” somehow captures the creative genius, magic, madness and psychedelic frenzy of the one and only MJ.