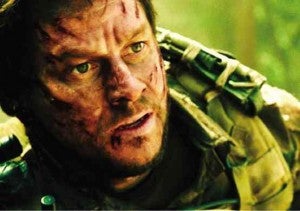 The film, starring Mark Wahlberg and portraying one of the deadliest incidents of the Afghan war, is based on a book by the only Navy SEAL commando to survive a raid targeting an Islamist fighter.

It had been showing on a few screens but starting Friday was available at thousands nationwide.

Frozen, a loosely based retelling of a Hans Christian Andersen fairytale, added another $15.1 million in earnings, taking its eight-week haul in the United States and Canada to more than $317 million.

In third with $9 million over the weekend was Martin Scorsese’s “The Wolf of Wall Street,” based on the debauched rise and fall of disgraced financier Jordan Belfort (Leonardo DiCaprio), who conned his way to hundreds of millions in the 1990s while maintaining a notoriously drug-fuelled lifestyle.

That left superhero flick “The Legend of Hercules” to open in fourth place, with a disappointing $8.6 million.

The movie, which retraces the demigod’s youth when he was still unaware of his divine ascendancy, sold as a slave and fighting to reconquer his kingdom, had a $70 million budget.

Critically acclaimed comedy “American Hustle” – starring Christian Bale and Amy Adams as drifters who team up with an FBI agent, played by Bradley Cooper, to bring down other con artists – was fifth.

Like “Hercules” it earned an estimated $8.6 million, but spread over a higher number of theaters, it had a lower per-screen average.

“The Hobbit: The Desolation of Smaug”, fell to sixth spot with just over $8 million.

The second part of director Peter Jackson’s trilogy of films, based on J.R.R. Tolkien’s beloved classic, has earned $242 million to date in North America.

Rising to seventh place after three weeks in theaters was “August: Osage County.”

It tells the story of a domineering, drug-addicted, cancer-suffering grandmother who bullies, ridicules and insults her dysfunctional relatives as they descend on the family home in Oklahoma for a funeral. It earned $7.3 million.

Eighth was “Saving Mr. Banks,” a drama about Walt Disney’s quest to make a film adaptation of Mary Poppins, with $6.6 million.

Its stars – Tom Hanks as Disney and Emma Thompson as Poppins’ anti-Hollywood author – have both been nominated for Golden Globes. Winners for the prestigious awards will be announced later Sunday.

Horror film “Paranormal Activity: The Marked Ones,” the fifth movie of the hugely successful franchise, earned $6.3 million in its second weekend, good enough for ninth place.

The “Paranormal Activity” franchise has earned more than $750 million worldwide since the original low-budget film, made for just $15,000, took the box office by storm in 2009.

And rounding out the top ten was “Anchorman 2,” the Will Ferrell comedy which sees him reprise his role as screwball newsman Ron Burgundy. The sequel took $6.1 million.