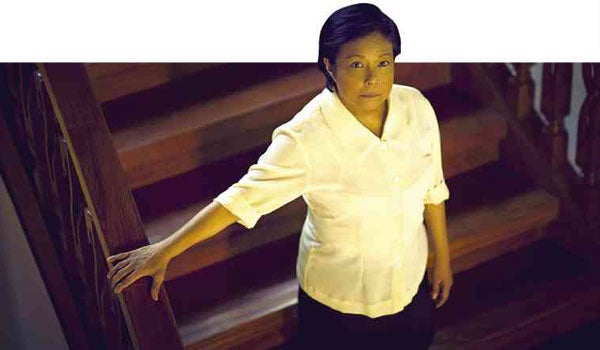 IN THE sizzle reel for “Dementia”

The family drama, coproduced by Martin, will wrap up work soon—with most scenes shot in Manila, but Alix also ventured to Malaysia for some shots.

Alix had planned for a long time to direct Aunor. After several stalled attempts, he finally got to collaborate with the country’s Superstar in “Padre de Familia.”

Intalan told the Inquirer that “Dementia” had its “sizzle reel” shoot last week. “That’s a test shoot. We did a trailer-like series of shots. It’s a production technique that helps everyone, including the actors, get into their roles. It also allows us to test the cameras and the look of the characters.”

Intalan said that he and his production team prepared a storyboard to guide them for the official shoot in Batanes in March.

“I can’t wait to shoot in the actual location… which is breathtaking. We want this film to be worthwhile … After all, it’s Ate Guy’s first major horror film in decades,” said Intalan.

A third indie film is in the works for Aunor—a drama on human trafficking directed by Joel Lamangan.