Following a Dollywood tradition, here’s a roundup of some interesting quotes from celebrities we interviewed last year. Before the show biz circus gets into full swing this 2014, allow me to thank all the stars who willingly shared their stories (on and off the record) with me in 2013.

Endless thanks to my avid readers for making this column part of their M-T-W (Monday-Tuesday-Wednesday) habits. I’m looking forward to another colorful “Dollywood” year of getting to know the celebs, not just as personalities but as persons, too.

Since I started working at age 9, I was trained early on to have discipline and be professional. So whatever responsibility is assigned to me, I try to give it my all. I’m not saying I’m perfect, but at least people can expect me to do my very best. 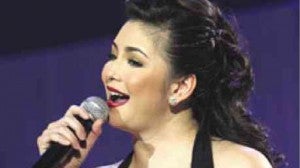 Although singing is my passion, I really relished the time when I was pregnant and I had to take a break from singing. But since I had to rest even my vocal chords, it took a while before I got my singing voice back to its best state. 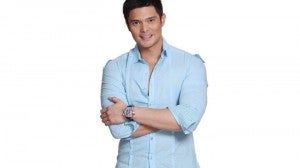 Marian (Rivera) and I are fortunate to be in a position where our network allows us to continue exploring our talents and love for our craft. Ultimately, in a world where the demand for our individual commitment to the arts is high, the support we have for each other is very much needed. I am grateful that we both complement this side of the game, aside from genuinely inspiring each other.

Even if my parents have parted ways, they have remained such good friends. They have taught me by example that once you love someone, you always love them. You may not be in love anymore but what you two shared will always have a special place in your heart. It’s a unique kind of love that only the two of you understand.

Fame has taught me that it comes with a price and a responsibility: that we need to put it to good use, to help others in any way that we can.

I guess this time around, my idea of love and being in love is more realistic, less superficial, less generous in the sense that I can’t simply forget myself and give everything to someone else. In order for love to work, you have to start with [loving] yourself.

If my life had a tag line, it would be that my life is my prayer.

If I were torn between a gay lover and a wife, like my role in “My Husband’s Lover” as Vince, that would be a very difficult choice to make. So to avoid complications, it’s best for me to not make things reach the point where I would have to choose. I’ll stick to the one I love to begin with.

Vanity kills comedy. Some comedians discover how good-looking they are and suddenly forget about being funny. I keep wishing it’s the other way around. Comics are in short supply. We already have a lot of heartthrobs. The world needs a good laugh now more than ever.

The emergence of alternative/indie films is one of the best things to happen in the film industry as a whole. The proliferation of such films also created the much-needed awareness on the quality and content of films, but only to some extent. Hollywood films still dominate the consciousness of the movie patrons. The mere awakening of the movie going public that alternative films do exist is already a good sign. That for me is enough motivation for all those involved to support this awakening in order to expand the indie/alternative film market. 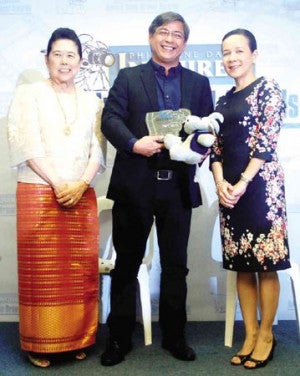 Given the chance to change something in our industry, I would choose the system. To professionalize it more—like [doing something about] the long hours and the residuals or royalties for intellectual properties; instead of guilds we [should] have unions. Plus government should look at our films as part of Filipino culture. As such, they should be treated as national treasures. I wish government could help in the funding,  marketing and distribution of potential great works. Look at Korea, because of Kpop, Korean products are popular. Government helped their film industry. That’s why Korean products, not only their teleserye, sell worldwide.

I’m beginning to get used to the fact that I’m being referred to as an icon. I’m not sure I’m comfortable with the idea. But it doesn’t matter what you are, whether you are an icon or not. You are always pressured to outdo yourself with every project. Every time you rely on a winning formula or a “trick” that has worked before, every time you repeat yourself, you stop growing. And when you stop growing, you die.

There’s so much love in my life right now—from my daughters, my family and my friends. For now, this is more than enough. The happiness that I feel is the same. At least right now I don’t have to deal with tensions and complications that come with a romantic relationship. That is good.

“Thrillifying” news! Producers of the Broadway musical “Wicked”—Lunchbox Theatrical Productions, Concertus Manila, Radio High and the Cultural Center of the Philippines, in conjunction with Wicked Worldwide—will hold a benefit show on Jan. 31 at 1:30 p.m. There will also be an auction after curtain call to raise funds for Supertyphoon “Yolanda” survivors.

To be auctioned off is a beautifully packaged prop from the show—plus the chance to play a walk-on role, in makeup and costume, in the opening and closing scenes.