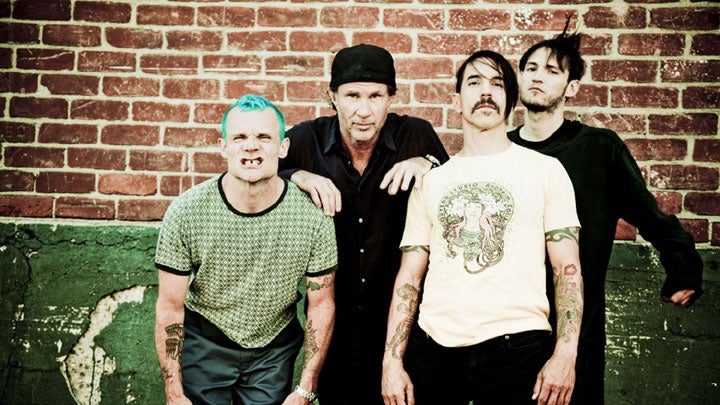 If there is one foreign band that I know of that is in almost everyone’s wish list to see perform here in the Philippines, the Red Hot Chili Peppers would be high up there.

This will happen in the 7107 International Music Festival on Feb. 22-23 at Global Gateway Logistics City in Clark, Pampanga.

From purely a fan’s perspective, this is big, big news. The significance of their coming will be a dream come true for their followers.

For those who aren’t fully aware of who exactly are the Red Hot Chili Peppers, you just need to know two immediate things about them. They are members of the Rock and Roll Hall of Fame and they are one of the most influential American Rock bands ever in the history of popular music.

This legendary band was one of the main reasons why the music scene of the 90’s was so cool in the first place.

I still remember that as a young teenager I would watch bootleg VHS copies of their concerts with some of my cousins at home.

Anyone in his right mind can’t ignore the many valuable contributions the Red Hot Chili Peppers have made to the music industry. They have become one of the most respected and beloved bands in Rock communities around the world and there isn’t really a band like them in the way they perform, and in how they are ranked among the all-time greats in the annals of Rock and Roll.

The Red Hot Chili Peppers are a big deal!

They brought the Funk, the thumping bass, the infectious energy, and their signature style to their music.

They are one of the easiest bands to identify bands at first glance. There is no other band currently active that is completely like them in many aspects such that when you say this band’s name, you really can’t think of any other band.

The Red Hot Chili Peppers have been making music together for more than three decades already.

While each fan of the band has his own distinct and fond memories as to when they first got introduced to their music, I think it would not be hard to remember the first few songs he had first heard of the Red Hot Chili Peppers.

As for me, it was their song “Under The Bridge” that I knew it was their music I was listening to. It was through local radio stations that not only played but also promoted a wide variety of Rock music back in the 90’s that young listeners were afforded the chance to get acquainted with the Red Hot Chili Peppers.

Their songs like: “Under The Bridge”, “Give It Away”, “Higher Ground”, “Californication”, “Around the World”, “By The Way” and “Dani California”– just to name some of their songs– come right off the top of my head as I type this.

They just have so many quality hits to choose from and this fact is a plus factor for the fans since you wouldn’t really be sure what songs could be included in their set list when they hit the stage with what undoubtedly will be the most awaited performance in the 7107 International Music Festival.

Aside from their popular hits which a good bulk of them are now classics, it is the individual personalities that the original members of the Red Hot Chili Peppers that really captures the imagination of music aficionados to this day.

Their bassist dubbed as “Flea” is like a ball of energy on stage. He is as charismatic as they come and he has inspired countless others to imitate his style–namely, in how he handles his bass guitar onstage.

Even his hairstyle was his own signature look. And “Flea” was also infamously known to perform totally nude on occasion in concerts, with just his bass guitar on hand.

Definitely, “Flea” was and will always be one of the most “colorful” musicians ever!

Their lead vocalist Anthony Kiedis, who has been the voice of the band for more than three decades, already has become the cornerstone to the band’s long, long, enduring existence in the music scene.

Anthony Kiedis is also responsible for composing some of the band’s biggest hits. To me, “Flea” and Anthony are the two most important, and take note, active original members of the RHCP.

From their days as an underground band in the 80’s, to them being one of the hottest acts in the 90’s, to now RHCP being the cool respected elder statesmen of Rock in the 2000’s, their existence to this day is nothing short of a miracle.

The Red Hot Chili Peppers is one of the greatest bands ever!

No decade, no era, and not even Father Time, could stop this band from continuing to make music together.

When I think of it… it is amazing that in the year 2014, we will finally have the RHCP perform here in the Philippines.

As the old saying goes, better late than never.