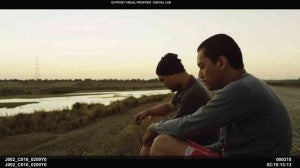 Lav Diaz’s “Norte, Hangganan ng Kasaysayan” made it to the yearend list of the Top 50 films of 2013, drafted by critics who write for the website, The Film Stage. “Norte” placed No. 38 in a roster that also included Wong Kar-wai’s “The Grandmaster,” Woody Allen’s “Blue Jasmine” and Asghar Farhadi’s “The Past,” among others.  Reviewer Ethan Vestby wrote:  “[‘Norte’] simply depicts life occurring at its own pace… the film’s ultimate virtue: its lack of obsession with racing to its own ideological conclusions.”  Bayani San Diego Jr.