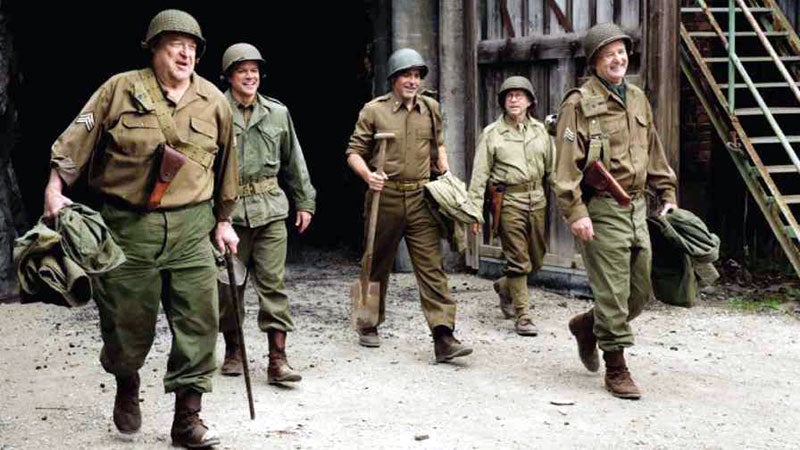 In this conclusion of our column on what to expect in your cineplexes this year, Angelina’s “Maleficent” is expected to be a big hit. The appearance of Vivienne Jolie-Pitt, her daughter with Brad Pitt, as the toddler Princess Aurora, is a bonus in this directorial debut of Robert Stromberg, production designer of “Avatar” and “Alice in Wonderland.” Also cast in this film coexecutive produced by Angelina are Elle Fanning, Sharlto Copley, Imelda Staunton, Sam Riley and Miranda Richardson. 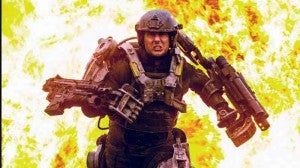 TOM CRUISE is back in action as Major William Cage in the sci-fi thriller, “Edge of Tomorrow.”

Later this year, Angelina unveils her second directing job, “Unbroken,” based on Laura Hillenbrand’s book on the true story of Louis Zamperini, an Olympian taken prisoner by Japanese forces in World War II. She’s currently shooting the film in Australia with Jack O’Connell in the title role and Garrett Hedlund.

Baltasar Kormakur, who will direct the Hollywood remake of Erik Matti’s acclaimed “On the Job,” showcases the acting skills of Jake Gyllenhaal, Josh Brolin, Jason Clarke and John Hawkes in “Everest,” a true-story hiking expedition drama. Jake’s other 2014 film is “Nightcrawler.”

Personally, I am looking forward to Wes Anderson’s “The Grand Budapest Hotel,” his 1920s set tale about a hotel concierge, Gustave H. (Ralph Fiennes) and his friendship with a bell boy, Zero Moustafa (Tony Revolori). There’s a missing priceless Renaissance painting, murder and fight for a family fortune—all depicted with Wes’ trademark quirky sensibility, for sure—that should make this grand European hotel worth checking into.

Miss Piggy’s feistiness is legendary (just ask Kermit) so when Tina Fey plays a feisty prison guard, who comes out spunkiest? Find out in “Muppets Most Wanted” as the furry gang goes on a global tour, with Ricky Gervais, Ty Burrell and cameos by Danny Trejo, Sean Combs, Salma Hayek and more.

Tina is also in “This is Where I Leave You,” a comedy-drama based on Jonathan Tropper’s novel of the same title. Shawn Levy directs with a cast that includes Jason Bateman, Jane Fonda and Abigail Spencer. 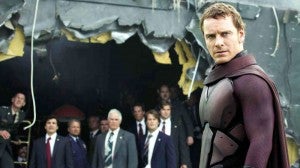 MICHAEL Fassbender in “X-Men: Days of Future Past”

Johnny Depp’s slate includes, among others, the Christmas Day treat, and definitely also one of the most anticipated films this year, “Into the Woods.” He plays The Wolf with Meryl Streep (The Witch), Chris Pine, Emily Blunt, Anna Kendrick and more, all singing Stephen Sondheim’s songs from the acclaimed stage musical.

Johnny also headlines “Transcendence,” a sci-fi thriller executive produced by Christopher Nolan and Emma Thomas, and the directorial debut of award-winning cinematographer Wally Pfister (“Inception” and “The Dark Knight”). This year will also see the wide release of “For No Good Reason,” a documentary shot over the course of 15 years and features Johnny and his friend, British artist Ralph Steadman.

George Clooney stars in and directs “The Monuments Men,” about a World War II platoon whose mission is to rescue art masterpieces from the Nazis. The film has a great cast as well: Cate Blanchett, Matt Damon, Bill Murray, Jean Dujardin and John Goodman. 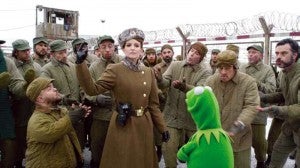 FORGET about Miss Piggy. Tina Fey and Kermit in “Muppets Most Wanted”

Two Roberts—Downey Jr. and Duvall—playing son and father should make for a compelling film, “The Judge.” The son returns to his hometown where his dad, a judge, is a murder suspect.

If his “Breaking Bad” costar Bryan Cranston has “Godzilla,” Aaron Paul has “Need for Speed,” an action flick based on the most successful racing video game franchise ever. 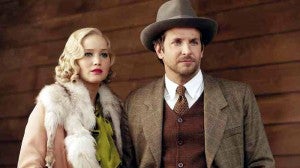 Another TV star, Jon Hamm, might finally break through in cinema with “Million Dollar Arm,” a drama about a sports agent who plots to find baseball’s next great pitching ace in India.

Quvenzhané Wallis, sensational child actress in “Beasts of the Southern Wild,” has the title role in “Annie,” producers Will and Jada Pinkett-Smith’s remake of the beloved musical. Will Gluck directs.

It may be too early to say this but Charlize Theron’s “Dark Places” looks like a potential contender in the next awards season. Tokyo and Deauville Film Fest best director awardee Gilles Paquet-Brenner works with a cast that includes Nicholas Hoult, who seems to be all over this year, Chloe Grace Moretz and Christina Hendricks. 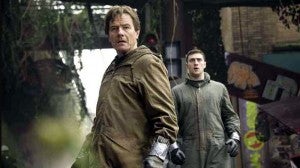 We’ll see if the fans also show up when the film adaptation of TV’s “Veronica Mars,” one of the most successful movie project campaigns on Kickstarter, the crowd-source-financing website, hits the theaters.

One of the first 2014 releases is “I, Frankenstein” with Aaron Eckhart playing the grotesque creature as “an intelligent, evolved man.” Its US release moved several times, the film will be shown in the IMAX format.

Finally, Lars von Trier’s controversial “Nymphomaniac,” with Charlotte Gainsbourg as a sex addict, will be shown in two parts in the US, with “Volume 1,” which premieres in the Berlinale, opening in March, and “Volume 2” in April.