Boots gets her second chance at love 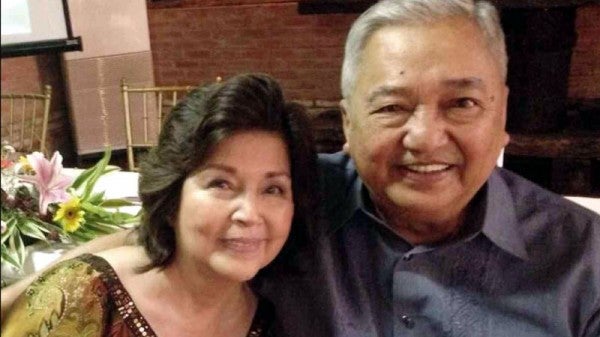 We bonded with Tita Boots Anson-Roa when we were in Europe with NUT to shoot his documentary about St. Pio in San Giovanni Rotondo, Italy. There, she confided that, being a widow, loneliness would sometimes creep in, and she would just cry herself to sleep.

At the time, she had accepted that she would grow old alone. Thereafter, numerous suitors came knocking on her door—and, finally, one man stood out: Litigation lawyer Francisco “King” Rodrigo Jr., who also used to be in the diplomatic service.

We recently sat down with Tita Boots as she lovingly recalls the new chapter in her romantic life:   They were “set up” by friends and family three years ago, but nothing happened. She shares, “Then, it was rekindled—na-intensify during the memorial Mass for his daughter, when he brought the remains here. Tuluy-tuloy na. He was always talking about marriage and the ‘essence’ of time, because he’s 74.”

Rodrigo was persistent, unrelenting and focused, she said: “He proposed to me every day! The first time we went out, he would tell the waiters, ‘Please whip up a delicious meal. I’m courting this woman—and I will marry her!’”

An old-fashioned gentleman, he would always bring Tita Boots back to her condo. The blushing future bride adds, “On Nov. 16, we were inside the elevator, hinatid n’ya ako. I said, ‘O sige, fix your plans and formalize them.’ Hindi s’ya nakakibo. Wala akong sinabing, ‘Oo.’”

The next morning, Rodrigo texted to ask if they were already engaged. Tita Boots beams, “I didn’t say yes. Before that, I was calling him ‘malabs.’ It could mean two things: ‘My love’ or ‘malabo’ (negative). That morning, I addressed him as ‘malabs.’ I told him, ‘This time, it doesn’t mean negative.’ He was so happy! After three days, he gave me an engagement ring!”

Why did they have to publicize their romance? She explains, “For one fleeting moment, ma-transport naman from Tacloban to Camelot, and help people rekindle their ties with good, old-fashioned love. I get comments from widowers and old maids, ‘Naku, thank you, may pag-asa pa pala kami!’”

All throughout the interview, Tita Boots couldn’t stop smiling. She quips, “I met an intellectual match. ‘Di ba parati, ako ang role model or the icon? Now, I have my own role model in King!”