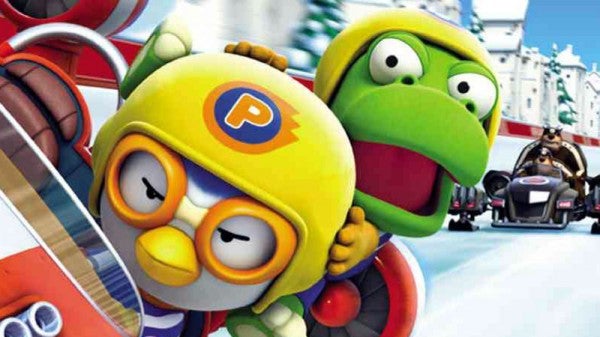 We’re all for innovative productions that come from a different place aside from mainstream cinema, or are made not by the usual suspects. So, we were happy to come across such a novel initiative last month:

The “different” film on view, “Pororo,” was an animated feature made, not by the usual mainstream, cartoon factories like Disney or DreamWorks, but what appear to be Asian producers in a hopefully happy conglomerate, coprod mix, judging from the flick’s Korean and Japanese credits.

We sometimes like to live, love and watch “dangerously,” so sight unseen and not knowing anything else about it, we jumped right in and viewed “Pororo.”

Well, we can share that the Asian animated feature is about a little penguin, Pororo, and his animal barkada, who dream of entering a famous race, but know that they can’t possibly compete in that league—until, thanks to a number of unexpected and uncanny developments, that’s exactly what transpires! (This is a cartoon feature, after all.)

On the plus side, the animation is polished enough—but, it’s a slick copy of the global standard, with little new added to the equation—and hardly anything that’s “Asian” to it, at all.

This must have been a pragmatic decision on the producers’ part, to enable their product to break into the generic global animated-feature market. That’s perfectly understandable, but the decision to blend in rather than stand out makes the flick bland, cookie-cutter and predictable.

Also a negative factor is the storytelling’s excessive simplicity and predictability. Yes, this is a movie for children, but as standout animated features like “Wall-E” and “Up” have shown, that need not limit a film to just the “A-B-Cs.”

Finally, “Pororo’s” running time is shorter than some or most other animated features. That can make you feel a bit shortchanged, right?

All told, therefore, viewing “Pororo,” while a novel and unexpected adventure into the seldom-seen, still nascent world of Asian animated-feature production, is not the innovative, groundbreaking treat it could have been.