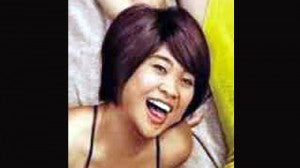 Domingo, who smartly “reinvents” the role originated by Rita Gomez, may not be as youthful nor as beautiful as Heussaff, but she knows how to play her cards well: Love, she says, is everybody’s game—so, she doesn’t mind picking a wild card on the off chance of hitting the romantic jackpot! Moreover, she knows how to keep those comic zingers coming and soaring to comedy heaven.

Heussaff gives as good as she gets and manages to hold her own, because she lets instinct and intuition keep her acting choices believable and organic. Ironically, the movie doesn’t really focus on Marianne and Sylvia’s respective tales—it revolves around bosom buddies and eligible bachelors, Jerry and Manny Roxas (Jake Cuenca), and the wacky hijinks that ensue as they embark on various romantic pursuits.

Cuenca does well in the manic rhythm that drives scriptwriter-director Martinez’s whip-smart, wit-infused dialogue—as the narcissistic lothario who meets his match in the lovely but elusive Rina Lazatin, portrayed with woman-empowering gusto by Maja Salvador.

Unfortunately, Salvador’s performance is weighed down by Rina’s inability to see the emotional leech that is Manny: In one sequence, she raises hell for overhearing how she’s been manipulated by her boyfriend, but in an earlier scene, quickly makes peace with him, even after running into the woman he got pregnant!

With sumptuous visuals (you won’t see more glorious shots of Boracay) and a great-looking cast, the film winkingly examines love and infidelity in the age of instant gratification. However, it’s hard to fully empathize with characters who are as morally duplicitous as Jerry and company.

The movie doesn’t leave lasting insights about the themes it tackles, but you’ll be entertained by the way Martinez makes his cast seem wittier, just by making them mouth those copious, tongue-twisting lines that alternately drip with sarcasm, rancor and humor. Of course, the less competent the actor, the more indecisive he sounds!

In the case of the dashing Paulo, he “looks” perfect for Jay Ilagan’s part, but he’s as irresolute as his character is sheepish—a characterization compromised by a phlegmatic countenance and mild speaking manner—which becomes more evident when he’s in a scene with the dynamic Solenn or the wily Eugene!