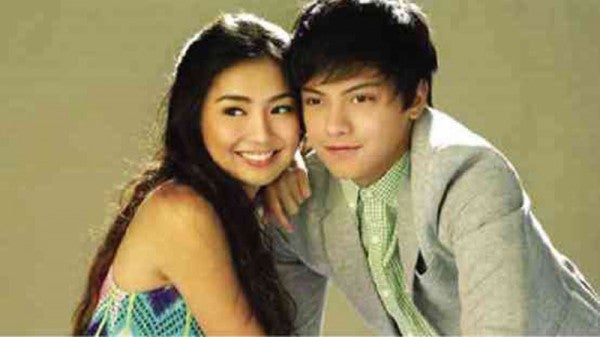 Have you noticed the strange “character thrust” that’s the in thing on TV drama series this season? On the recently concluded “Muling Buksan Ang Puso,” Enrique Gil’s character had a heart condition. On “Akin Pa Rin Ang Bukas,” Lovi Poe suffers from pretty much the same serious ailment.

On “Got To Believe,” Daniel Padilla was struck in the head by a stray bullet when he was a baby and has grown up into a morose teen. On “My Husband’s Lover,” Tom Rodriguez’s own head injury rendered him comatose for a time. And, on “Kahit Nasaan Ka Man,” Julie Anne San Jose was blind, until a complicated operation enabled her to see.

The point to all this? The “emotional blackmail” that results from illness or injury-induced melodrama is much too predictably evident on the local small screen this season—because it’s so easy to resort to in order to rev up a show’s “dramatic” content.

Unfortunately, when every third series has a medically challenged protagonist, viewers throw up their hands, protest the industry-wide lack originality—and may opt to patronize other TV shows, instead.

Related to this desultory predictability is another downbeat development: the tendency of too many series to depict their young protagonists as sullen, morose, antisocial and resentful types—before love comes into their lives and “transforms” them into happy human beings—at long last!

This, in fact, is what is negatively affecting and limiting the impact of Daniel Padilla’s performance in “Got To Believe,” where he is roundly upstaged by the far livelier and more upbeat character played by Kathryn Bernardo.

The two youths are supposed to be a popular love team, but the oddly divergent roles they are made to play in their latest teleserye compromises the fresh appeal of their tandem, and makes watching their show a morose instead of heartening viewing experience.

Yes, we know that the time will come when Daniel’s character will be transformed and energized by love—but, that’s taking forever to happen.

Thus, Daniel should stop playing the glum party pooper, and suggest, request or demand that he be given more dramatically productive things to do than just playing a young scrooge or curmudgeon—!

For her part, Kathryn should also be worried, because her costars’s glum portrayal is similarly pulling down her own performance, no matter how chirpy and lively she plays it.

In a rom-com, viewers should dote on both leads, otherwise the show’s sense of synergistic balance is adversely affected.

Other “sullen” characters portrayed by Julie Anne, Lovi, and now by Rhian Ramos in “Genesis,” should similarly be rehabilitated and rescued, or else they could turn peeved viewers off—more permanently.