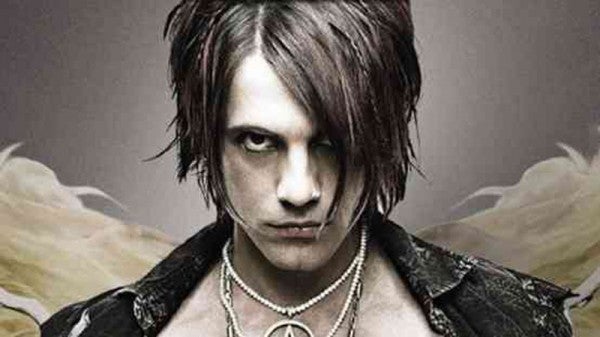 Last month, the famous TV prestidigitator or magician, Criss Angel, came up with an “impossible” feat or trick that had viewers in awe and thrall for many minutes on end: He entered a large venue and hypnotized, not just a few of the scores of people there, but all of them!

Then, while everyone “slept,” he proceeded to make around 10 of them perform amazing feats involving various forms of levitation.

One lady even “flew” some 20 feet up in the air, prompting us to wonder how she would later be able to snap out of her “Criss-induced” spell—without painfully crash-landing back to earth!

What really took viewers’ breath away and strained their powers of logic and trick-detection was the fact that, before the long demonstration ended, all of the TV magician’s subjects were floating in the air, at various heights!

How could one mind influence many others so absolutely that they implicitly believed in his suggested, revisionist version of “reality”—and actualized it by momentarily appearing en masse to confound the law of gravity?

Most mystifying of all was the fact that the master prestidigitator was able to influence and convince, not just the people in the venue, but the show’s many viewers, as well!

How in blazes do you do that?

This is “mass hypnotism” taken to unprecedented heights, an “impossible” act that makes our eyebrows fly high up, along with all those levitating “astronauts!”

But, hold your horses: Some viewers more used to seeing amazing feats performed by TV magicians say that they’ve seen other master prestidigitators do similarly “impossible” feats— like making the Eiffel Tower disappear!

—So, one man’s impossible act is another’s ho-hum humdinger!

Still, TV magic aficionados admit that Criss Angel’s recent demonstration of mass hypnosis and group levitation was one of the most amazing feats they’ve ever seen!

On another wavelength, still of the unusual or improbable sort: Channel-surfers like us have been kept unusually busy this past month, keeping track of the many amazing features on cable TV magazine shows, many of them courtesy of viewer-submitted footage.

They prove that anything is possible on the tube, prompting viewers to push back the limits of what they choose to  disbelieve.

Item: 9-year-old girl accuses her own father of raping her, he spends over a decade in jail, then his daughter confesses that her mother made her invent the charge, and now she’s leading the campaign to set her dad free!

Item: In 1963, a 12-year-old kid threw a bottle with a note in it into the ocean—and, just last month, 50 years later, the bottle was found, and the finder got in touch with the sender, who was deeply  moved by the unexpected return’s intimations of the psychic links that bind us all!

Item: An office worker has been “playfully” teased by his coemployees for over a year, and it’s taken him all that time to finally get up the guts and outrage to sue them all for their painful and cruel “teasing!”

Item: This isn’t “impossible” because it actually happened, but viewers were stunned speechless when they caught a video of veteran TV-film star Dick van Dyke being pulled out of his burning Jaguar just seconds before it exploded!

Van Dyke narrowly avoided being burned to death, thanks to the quick thinking of three strangers.

Speaking of celebrity rescues, our next items go in the opposite direction, and are about the courageous rescue efforts (that’s right, plural) of celebrity medic, Dr. Oz. His first heroic intervention came when he ran a marathon and another racer collapsed from heat stroke— and the good doctor was able  to revive him with oxygen and injections of intravenous fluids.

Next, a car plowed into a crowd and severely injured a woman whose foot was cut off. Dr. Oz again happened to be close by, so he saved her life by applying a makeshift tourniquet to her injured limb to stanch the flow of blood—and save her life!

—It looks like Dr. Oz is an Angel in his own right!