Rob Thomas and Matchbox 20 gear up for Manila concert 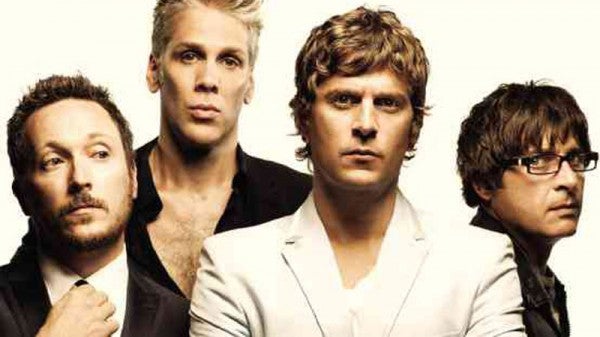 During our interview with Rob Thomas in July 2005, the popular frontman of Matchbox Twenty was still reeling from the spectacular successes of his Grammy-winning (“Smooth,” with Carlos Santana) and chart-topping solo projects (“…Something To Be”) when he intimated to us that he couldn’t believe he had yet to visit the Philippines: “We’re working hard to make that happen,” he assured us.

On Nov. 8, Thomas and his group—which also comprises Paul Doucette, Kyle Cook and Brian Yale—will finally fulfill that promise via Music Management International and Telpad’s “Matchbox Twenty: Live in Manila,” at the Mall of Asia Arena.

We can’t wait to groove to “Bent,” “If You’re Gone,” “How Far We’ve Come” (their biggest-selling single to date), and, yes, even Rob’s irresistible, extracurricular project with Mr. Santana.

But, we’d also love to be there when Rob and company rock the arena with our top picks from the group’s recent No. 1 album, “North”—including the anthemic pop-rock scorchers, “Parade,” “Our Song” and “Put Your Hands Up,” the soothing “I Will,” the moody “English Town,” and the sumptuously rendered U2 and Billy Joel send-ups, “Sleeping At The Wheel” and “Radio.” On our recent interview with Rob, he says he’s thrilled to finally visit Manila. Excerpts:

The Manila concert is about doing something new after 17 years. It’s a good feeling to turn a new group of people on to what we do live—which is where we truly shine. For years, our fans from Southeast Asia have had to go to Australia if they wanted to see us perform live.

How has the group’s sound evolved since it first made its mark in “Yourself or Someone Like You” and “Mad Season?” What are your favorite songs from your repertoire?

We’re older, and we’re a much better band. Our sound continues to evolve because, in our recent albums, we’ve become more collaborative. I like different songs for different reasons. From “North,” my top choices are “Parade” and “English Town.”

On a personal note, if your children wish to follow in your footsteps, is that something you’d like them to pursue?

If my son wanted to do this for a living, I wouldn’t discourage him—but, I’d make sure it’s for the right reasons! I wouldn’t push him into it.

Do you always write your songs with a certain theme in mind? Which comes first, melody or lyrics?

Although it’s never exactly the same every time, I usually have a melody or a vocal rhythm worked out, then I work on the lyrics.

“Yourself or Someone Like You” is tonally different from your latest recording, the pop hook-heavy “North.” Do you see other genre shifts in your music in upcoming projects?

I don’t feel like we purposefully make any shifts or changes in our music—it just seems to happen that way. We try hard to not make the same album over and over, and to incorporate as many of the different styles of music as we imbibe along the way.

How has the group benefited from its self-imposed vacations? What have the members’ respective side projects away from the group, like “…Something To Be” and “Cradlesong,” taught you?

Those solo albums helped me grow a lot, and gave me another avenue for the songs in my head. I know that the other guys feel the same way about their side projects.

Every time we step away from Matchbox Twenty, we don’t just sit around. We’re always working with other people—and we take every one of those experiences as an opportunity to learn something new, which we bring back to Matchbox when we’re together again!